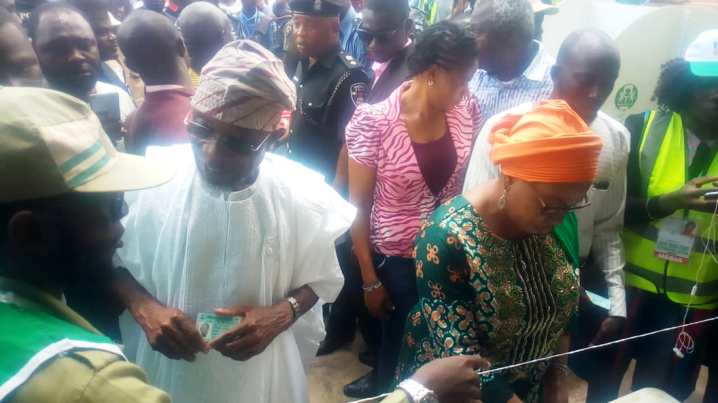 Osun State Givernor, Mr Rauf Aregbesola has expressed satisfaction on the conduct of Osun gubernatorial election and commended the large turnout of voters.

Speaking after casting his vote at 11:50 at Ifofin ward 8, unit 1, in Ilesha, Aregbesola commended the Independent Electoral Commission(INEC) for the smooth conduct of the election.

The Governor who arrived the polling unit with his wife, Alhaja Sharifat at 11:38am expressed hope that the candidate of APC will win the election.

The governor said the large turn out of voters and their peaceful conduct was a signal to their desire to elect a leader of their choice.

He said, ” I must commend the voters for conducting themselves in a peaceful manner and for coming out in a large in their large numbers. This is the beauty of democracy”.

We Will Probe The APC Government Over The Kidnap Of Dapchi Girls, They Deserve No Credit For Their Release – KOWA Party