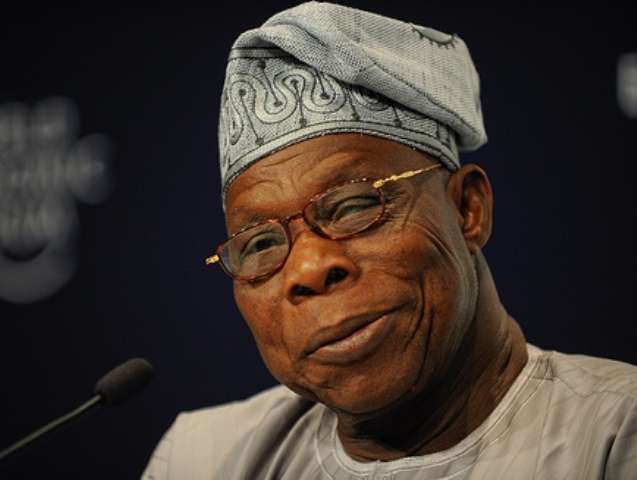 Those who are students of history, particularly that of Yoruba history will remember the very Didactic story of a certain kingmaker in the Old Oyo Empire in Circa 1750, that was responsible for the installation of four Alaafins, Labisi, Awonbioju, Agboluaje and Majeogbe and also killed them all..

To the discerning and prescient mind, a certain parallel is to be found in the story of Bashorun Gaa and Chief Olusegun Aremu Obasanjo,(Former President of Nigeria), both kingmakers at different times and eras, yet possessing the same mindset and idiosyncrasies a�� a certain human function no doubt, which pretends to be something that is not.

There arose a powerful head of the kingmakers, through deft hands and carefully attained integrity status, Gaa who became powerful enough to be deemed dependable to make choices on behalf of the rest.

So Gaa chose Labisi to be Alaafin. Labisi, a man of immense insight and managerial dexterity, extended the frontiers of the Yoruba empire from the banks of the Niger River to the shores of the Volta River in Ghana, where today a Yoruba king, The Oninana of the Gas people near Accra, reigns on the authority of the Alaafin made possible by Labisi, yet Bashorun Gaa, got rid of him. The other three Alaafins were in no fashion, less in Greatness than Labisi but Gaa Osorun got rid of them all…

How was he able to do these things, you might ask. Just as you might ask by what means has Chief Obasanjo become a factor in who becomes who and in who is politically removed from office in Nigeria.. The answers are very much about the same tact, methodology.

Gaa achieved this feat by pretense. Pretending to be a defender of the common man, defending the commonwealth, fighting for the liberty of all and protecting the rights of every individual were the premises upon which Gaa acted.

Just like Obasanjo acts and speaks as the ombudsman, the defender of the masses and the protector of our collective liberal…. But are they what they claim to be…..

Bashorun Gaa, was a rich man per excellence… Far richer that he pretended to be, far more egoistic but never altruistic. What drove Bashorun Gaa was the control syndrome and quest for authority that flows from his wiles… He was the master of Service-To-Self, it was the binding rule that what Gaa wants, Gaa gets…

In the period that Chief Olusegun Aremu Obasanjo emerged unto the Nigerian National scene from the time of Civil War, a clear pattern has also emerged. A clear pathological Egoism, laced with psychological hedonism much like the life and style of Bashorun Gaa.

In all of Obasanjo’s books, it is easy to see a man of immense Ego.

Right from his book, “My Command”, a memoir about his exploits in the Civil War, Obasanjo blamed every commander and active officer he could remember and praised himself alone a�� From Shuwa, to Alabi-Isama, Benjamin Adekunle and to even Murtala Mohammed, Obasanjo lambasted all, saving all the glory to himself alone.

In his last book, “My Watch”, Obasanjo shifted the blame of his failed 3rd term presidential bid on the governors who he said were the ones who wanted him to continue to be president for the unprecedented and unconstitutional 3rd term and not himself.

When Obasanjo as a military Head of State relinquished power to Alhaji Shehu Shagari in 1979, one would have thought the accident of his own emergence as a Head of State would have been quite compelling and humbling to ease his ego tripping, but he did not wait before writing in his book quite unnecessarily that as Chief Awolowo strived ever so hard to be president, Providence made him, Obasanjo Head of State without asking for it… How much higher in Ego massaging can anyone else get to in comparison with a master in hedonism…

It gives Obasanjo such pleasure to be seen in competition in which he can also safely declares himself the winner.

Many of his colleagues in the military and also others who have observed Obasanjo’s massive Ego tripping have written about this, which I call the Obasanjo complex.

In the game of squash-Racket in which two players knock a ball against the wall, a game Obasanjo loves, his opponents know the rules a�� you dare not play to win against Obasanjo; it is a Taboo!

Historians have documented the hedonistic Saga of Bashorun Gaa, and a very important part of the books written on this kingmaker is his usual treaties after getting rid of yet another king, “Ija ilu ni Gaa n’gbe, Gaa o pa yin l’oba he Ooo…!

“It is but the cause of the citizenry that drives Gaa to act in the manner that leads the king to be removed, it is not about Gaa wanting the king Dead”.

Such was how Gaa Osorun was wont to say; such as the same way Chief Obasanjo has been saying it ever since he wrote his first letter to Alhaji Shehu Shagari, barely 3 years into his four year 1st term in office…. Always claiming it it for the common good and for the sake of Nationhood has Obasanjo basing his letters to every President or Head of State to have emerged, ever since.

Psychological egoism is the view that humans are always motivated by self-interest, even in what seem to be acts of altruism. It claims that, when people choose to help others, they do so ultimately because of the personal benefits that they themselves expect to obtain, directly or indirectly, from doing so.

In the same manner is pathological hedonism, the view that the ultimate motive for all voluntary human action is the desire to experience pleasure or to avoid pain….

In both lie the Obasanjo complex. A mix of Service-To-Self and the Gratification of pleasure in been seen as high and above everybody else.

In the Bashorun Gaa parallel, this same mix played out as the only Alaafin to survive Gaa antics, Alaafin Abiodun subjected himself seemingly to be under Gaa’s influence but prostrating to the Osorun, which is unheard of for an Oba to prostrate let alone the Head of the Empire to do so to anyone…

Though the Bashorun did not live in the era of letter writing, he employed much the same vending of publicly berating the king, rather than a more dignified purposeful altruistic private admonition.

Chief Obasanjo who has had a hand in the making of all the three presidents who have succeeded him, and with his position as a former president, has an unrestrained, unfettered, unrestricted access to whoever is President… But not unlike the hedonistic Gaa, Obasanjo has chosen and repeatedly so, to rush to press anytime he personally feels there should be a change of government.

Unto all Presidents A letter.

That Chief Olusegun Aremu Obasanjo has written to all Presidents since President Shagari in 1982, is not the question, that he has yet written such a letter at these times and yet again is our focus… And why this letter should be seen as suspect is the reason for this article.

Comrade Oladimeji Odeyemi, the President, of National Committee of Yoruba Youth (NCYY) and the Convener, of the Coalition of Civil Society Groups against Terrorism in Nigeria sent this article from Ibadan.

Umahism: Peace As The First Fruit Of Democracy