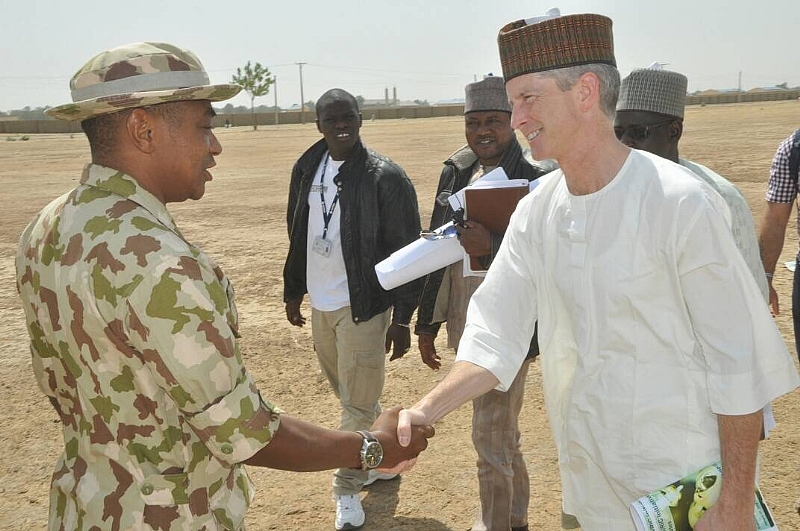 The Nigerian Army has assured the Bill and Melinda Foundation as well as other stakeholders of its commitment and support aimed at total eradication of polio in the country.

He commended the collaborative efforts between the Foundation and Nigerian Army towards eradicating polio in the theatre of Operation LAFIYA DOLE in recent past.

He noted that several factors militating against the accessibility of some areas to immunize children include lack of access to settlements and properties, by Boko Haram Terrorists leading to displacement of persons, heavy rains and improvised explosives devices including unexploded ordinances that littered in some areas within the theatre.

He assured them that the Nigerian Army will hasten to explore and engage field commanders through periodic and routine staff meetings to strategise on plans towards reaching children in remote settlements to administer the polio vaccines.

He observed that despite these efforts, more children needed to be vaccinated within the theatre, soliciting for more support to enable them administer the polio vaccine to children within some of the settlements not earlier covered as soon as possible.

He also appealed for monthly feedback through field commanders. It would be recalled that with few cases, the Federal Government of Nigeria insisted on total eradication of polio from the country as a national priority.

Present during the visit were some Principal Staff Officers of 7 Division.