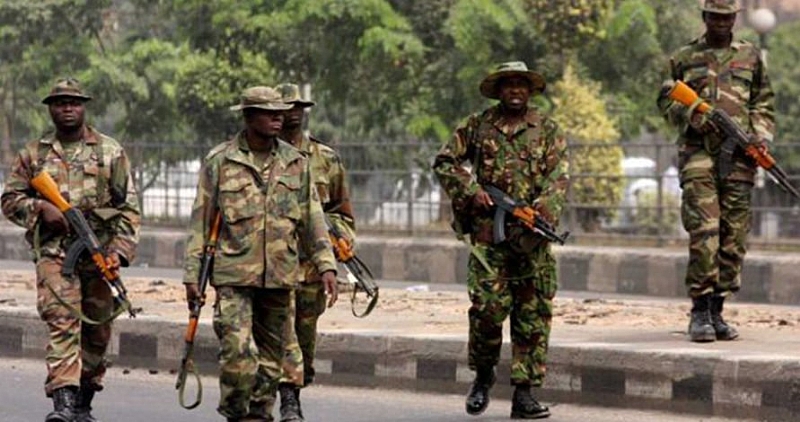 The terrorists attempted to infiltrate into Dikwa through the Eastern flank of the town but were intercepted by the troops on duty.

Brigadier General Texas Chukwu, the Director Army Public Relations said Saturday that some of the Boko Haram terrorists escaped with gun shot wounds following a superior fire power of the troops during the encounter.

Confirming the incident, the Commander 22 Brigade, Brigadier General John Ochai assured the residents of their safety.

He advised every law abiding citizens to go about their businesses as the Nigerian Army is on top of the situation.

In another development, the Nigerian Army has intercepted a Nissan bus with 20 occupants along Nasarawa – Abuja road while conducting a routine check.

The occupants on interrogation, claimed they were hunters from Adamawa on transit to Abuja for National Hunters Association scheduled to take place today, Saturday 28 July 2018.

Items recovered include:
a. 17 locally made guns.
b. 135 Cartridges.
c. Two locally made pistols.
d. One locally made knife.
e. Three cutlasses.
f. One bow and 38 Arrows.
g. Assorted charms.
Preliminary investigation is ongoing and the suspects will be handed over to the appropriate authority on completion.