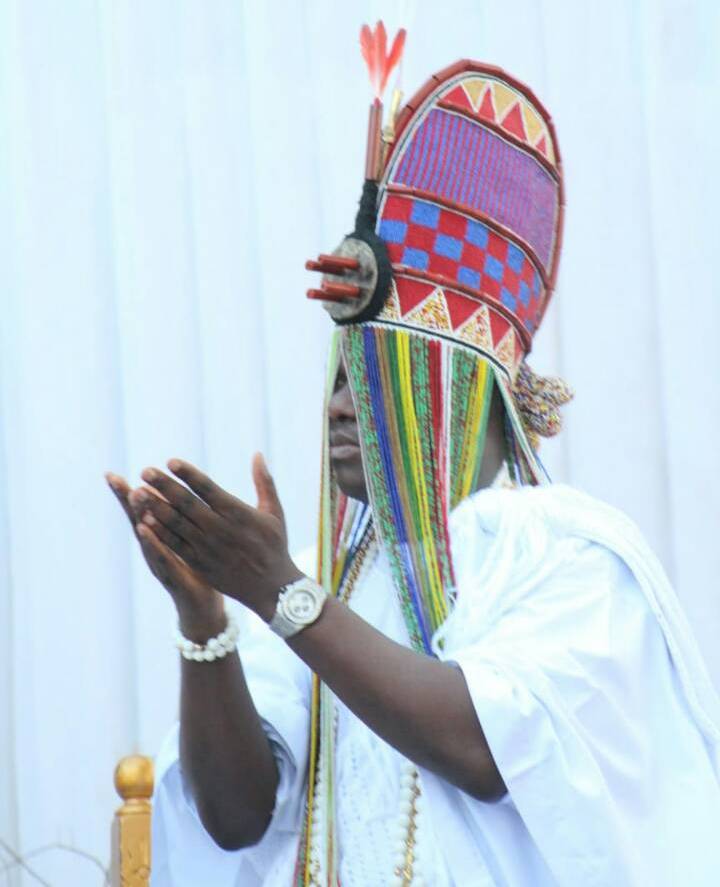 King of Ifé, in Nigeria, comes to Rio de Janeiro and will discuss religious intolerance,”His coming is a warning: we are here and we are not alone. It's a relief visit. ” The excited statement is from Mother Rita of Oya, from Ilê Axé Oya Yamim Axé Bangboxe. The ialorixá is in the commission that prepares the reception for Ooni of Ifé, the supreme king of the city of Ifé, in Nigeria. He is considered the greatest representative of the Yorubás in the world.

Among the main issues to be addressed by His Imperial Majesty during his visit: religious intolerance,”The most gratifying thing for us is to discover that we have a king, and that he comes to hear us and ask our rulers what is happening to his people, who suffers aggression, verbal insults, and is stoned?” Mother Rita believes.

Rio de Janeiro reported a 56% increase in the number of cases of religious intolerance compared to the first quarter of 2017 and the same period this year, according to the Secretariat of State for Human Rights and Policies for Women and the Elderly (SEDHMI ). This week, a terreiro in Nova Iguaçu was invaded, depredated and burned. For Marcio D'Jagun, president of the State Council for Defense and Promotion of Religious Freedom, the coming of Ooni de Ifé gives visibility to the subject:

In the wide range of human rights subjects, the least developed and enlightened subject to the population is religious intolerance. His coming gives us the possibility of discussing; discussing the seriousness of the facts. Affirmative action has to be strategic, diffusing the problem.

The visit of the Ooni to Brazil is to reconnect and reunite Afro-descendants, whose decade began in 2015 and goes until 2024, according to UNESCO. Besides religious intolerance, another topic discussed will be the financial exclusion of blacks in Brazil.

Ooni arrives in Rio on June 10. Before, he goes to Salvador and Belo Horizonte. He will be accompanied by an entourage of 150 people, including intellectuals, businessmen and politicians. Here, it will be welcomed by religious leaders, politicians and researchers.

One of them will be the historian and writer Alberto da Costa e Silva, member of the Brazilian Academy of Letters.

Ooni has a special meaning for the strong spiritual presence of the Yoruba in the life of the Brazilians. This visit strengthens the concept that Africans were not barbarians. They brought with them values and techniques – emphasizes the immortal.

The king of Ife, Adeyeye Enitan Babatunde Ogunwusi Ojaja II, is a direct descendant of Oduduwa, responsible for the creation of the world, according to the tradition of the Yoruba people.

According to one of the stories of the tradition, Oduduwa received from Oludumare, the supreme God, the responsibility to create the world. The creation began in the city of Ilê-Ifé. Since the establishment of the Yoruba kingdom in the world, the throne has been occupied by its descendants – explained the professor of culture of the UFRJ, Carlos Henrique Veloso.

The current Ooni rose to the throne of Oduduwa in 2015. Since then, he has already made visits to countries like United States, Canada, Ghana, United Kingdom, among others.

Ooni de Ifé arrives in Rio de Janeiro on the 10th. At 11:00 p.m., he will be honored in the bust of Zumbi dos Palmares, at the opening of the Brazil-Nigeria Culture and Business Fair in Terreirão do Samba. He then participates in an award ceremony at Alerj. At 7:00 pm, he will give a speech to society at the Municipal Theater.

Day 12, in the morning, Ooni will participate in a ceremony at the Valongo Pier, at 10am. At 2:00 p.m., you will find leaders of the religions of African matrices, at the João Caetano Theater. Then, at 5:00 pm, will be received at the Brazilian Academy of Letters by Ambassador Alberto da Costa e Silva.

On the last day in Rio, 13, the king will be received at the Oswaldo Cruz Foundation (Fiocruz), at 8:30 am, at the opening of the Brazil – Nigeria Colloquium. He will also be in Inter-religious prayer for the city of Rio at 11:30 am at Christ the Redeemer. At 8:30 p.m., he participates in Rio's farewell in Terreirão do Samba.

Ooni Condoles Pa Fasoranti Over Daughter's Killing, Warns Govt To Curb Menace Before Its Too Late

No Cause For Alarm – Waec Insists As Fire Guts Kaduna Office