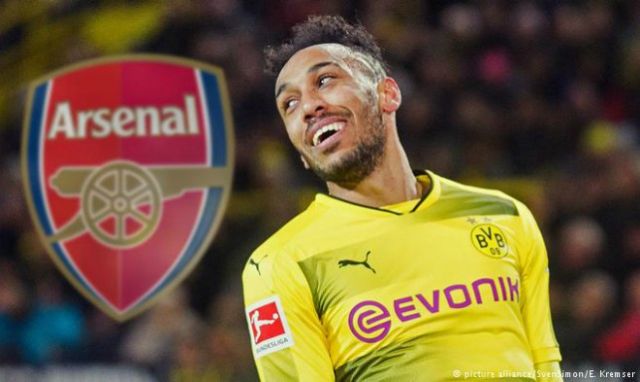 Arsenal have completed the signing of Gabonese Striker, Pierre Emerick Aubameyang from Borussia Dortmund in a deal worth A?55.5million.

The 2015 African Footballer of the year completed his medical examinations and put pen to paper to end his five years stay in Germany.

Wenger has hailed the acquisition of the Gabonese Star. At the moment, we arena��t enough going forward and I am convinced he will give us that. a�?He has a big challenge in front of him. He wants to do well in the Premier League. It is absolutely good news for us. a�?His pace, his finishing. The quality of his runs. His huge physical capacity, that will be important in the Premier League.a�?.