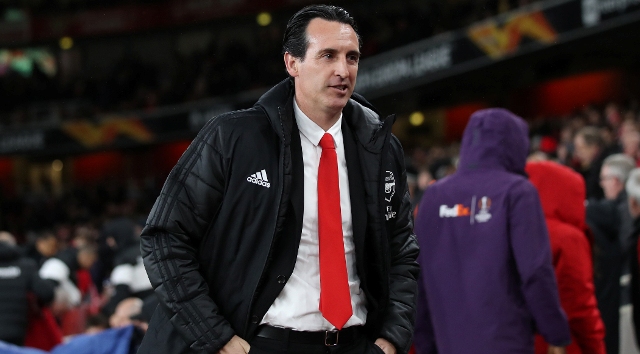 Unai Emery has been sacked as Arsenal manager after 18 months following the club poor performances in recent times.

Arsenal have failed to win their last seven matches including a 2-1 loss against Eintracht Frankfurt in the Europa league on Thursday.

The Spaniard was appointed in 2018 to replace Arsene Wenger but he has failed to justify the club’s decision.

Freddie Ljunberg has been named on an interim basis as the search for a permanent coach begins.

The club said in a statement on Friday morning
“We announce today that the decision has been taken to part company with our head coach Unai Emery and his coaching team,” read the statement.

“We have asked Freddie Ljungberg to take responsibility for the first team as interim head coach.

“The search for a new head coach is underway and we will make a further announcement when that process is complete.”

“Our most sincere thanks go to Unai and his colleagues who were unrelenting in their efforts to get the club back to competing at the level we all expect and demand,” read the club statement.

“We wish Unai and his team nothing but future success.

“The decision has been taken due to results and performances not being at the level required.”

Ljunberg’s first match is against Norwich on Sunday in the premier league.

AFL expert tips for round 5

Rohr Urges Agali And Agu To Scout For NPFL Players