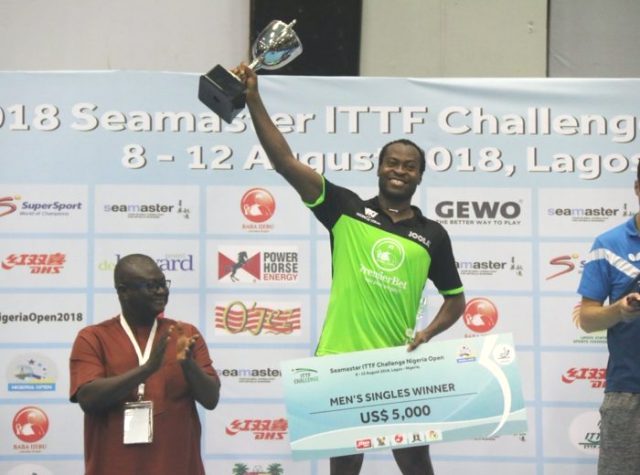 Nigeria’s Aruna Quadri made history on Sunday as he became the first Nigerian player to win the International Table Tennis Federation Challenge Nigeria Open at the Molade Okoya-Thomas Hall of the Teslim Balogun Stadium, Lagos.

Quadri beat Frenchman Antoine Henchard 4-2 in the final of the men’s single in front of a capacity crowd at the stadium.

In one of the most entertaining tournaments, Quadri came from behind to win.

The Nigerian led for the first time in the fifth set winning 11-5 and sealed the win with an 11-8 win in the sixth set.

The 29-year-old showed a spirit of sportsmanship in the third set when the umpire erroneously awarded a point to him, which Henchard won.

He called the umpire’s attention to it. He was thereafter awarded the Fairplay Award of the competition.