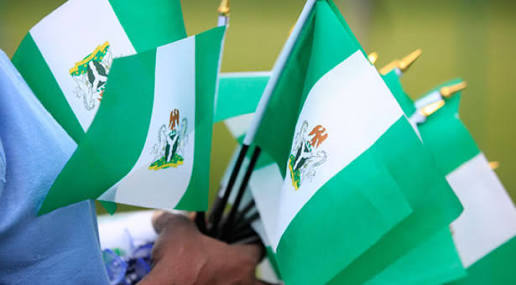 Looking across the country, two persons who have attended the position of SSG have declared. They are immediate SSG of Ebonyi state and ex-SSG of Nasarawa state. Of the deputy governors are those of Imo, Oyo and Ogun states. I am much more concerned about those who have served or are serving in their state governments, not those who are serving at the national level like members of the National Assembly a�� they are indeed many a�� or those hoping to come into the state government houses from outside. Those are many too.

Still counting, maybe by the time the party primaries commence, according to the timetable set by the Independent National Electoral Commission (INEC), the list of gubernatorial aspirants a�� the serious-minded and the spoilers a�� will swell. Besides, it is quite uncommon for political office holders to resign appointments, amidst wide incompetence or failure, thus the Ebonyi case where a serving SSG resigned to run against his former boss in the 2019 race will definitely take a lot of twists.

In such states, for a deputy governor to be man enough to challenge his sitting boss is a herculean task. What type of superman a deputy or a serving appointee could be to take up such risk! If the sitting governor has served his second term but did not anoint his deputy to succeed him, there is hardly a level ground for free and fair primaries for all aspirants within same party. The governors hardly allow the will of the people to prevail. Will 2019 be different?

The latest in the list of racers for state government houses is the Secretary to Ebonyi state government (SSG), Prof. Bernard Ifeanyichukwu Odoh, who resigned his appointment in a three-page letter he wrote to Governor David Umahi on the grounds that Umahia��s administration in the last two years had not offered conducive atmosphere for all members of the state executive council and himself to function. He described as high level of hypocrisy to operate in such deceptive atmosphere where people live as hypocrites. Odoh was the senatorial candidate of the All Progressive Grand Alliance (APGA) for Ebonyi Central in the 2015 general elections. Before his appointment as the SSG, he was said to be known for integrity, loyalty, popularity, honesty and trustworthiness.

He told the governor: a�?If you observe carefully, almost all your appointees are nearly completely disconnected from your policy direction as they lack genuine sense of purpose, dignity, clear sense of commitment to decision taken in Council because of low morale.a�? But I am much worried of the concluding part of the 17-paragraph resignation letter which pricks fear. Prof. Odoh highlighted the paragraph which reads; a�?in conclusion, I am fully aware of the consequences of my action, knowing fully well that you will go after mea��but be assured that the Will of God would prevail in all situation and circumstance.a�? He ended by assuring that what was ahead was more important that what was behind.

And I ask: Is Umahi going to get the same treatment he gave his former boss; but now from his own appointed person and not from a running mate? Former governor Martin Elechi was defeated completely amidst incumbency by Umahi in 2015. Again, is the consequence(s) expected by the departing Ebonyi SSG a prototype of what is obtainable in other states where political appointees resign to seek elections? The governor who earlier accepted the resignation later announced his sack and appointed Dr. Hyginus Nwokwu as the new SSG. It is like the war has started as the governor was quoted to have proclaimed: a�?By the powers conferred on me as the governor of the state, I hereby announce the sack of Prof. Odoh as SSG and the investigation about meddling in murder case must be carried out thoroughlya�?.

For Nasarawa state, the billboards of guber aspirants have taken over all nooks and crannies of the boundary between the state and the Federal Capital Territory (FCT). The former SSG of the state, Philip Dada, recently declared his interest to run under the APC. Dada said he has made consultations with stakeholders especially the Gbagyi among other elites about his interest. a�?The door is now open; I will continue my consultations to the zonal and state offices of the party even to the national party office.a�?

The Imo state deputy governor, Eze Madumere, is preparing to withstand the current of the Imo political waves. He rejected the offer of a senatorial seat made to him by his boss, Governor Rochas Okorocha who has anointed his son-in-law, Uche Nwosu, to replace him in2019 under the ruling APC. Madumere, an Owerri-born politician in a statement by his chief press secretary, Uche Onwuchekwa, insists to contest for the governor in 2019 for his people.

His ambition to him is based on the entire Owerri zone which he notes has been side-lined, marginalized and denied the governorship slot for too long. a�?Goda��s given vision to better the lot of Imo people is in no mana��s handsa�?, he opined and described the senate position as an act of betrayal. In addition, he notes that if Jesus Christ could be ill-treated by his friends and later betrayed by Judas, a�?how much more a mere mortal like me.a�? He lamented that he has been molested, betrayed and insulted by those he assisted to greatness.

In Oyo state, the former governor, Otunba Alao Akala declared for the APC in the presence of the party leader, Asiwaju Bola Tinubu, who received Alao-Akala alongside many notable members of PDP and Accord Party (AP) into the APC. With that event, Tinubu declared that there would be no opposition for APC in Oyo state. a�?The opposition parties are finisheda�?, Tinubu squeaked and looked onto victory in the 2019 election in this state.

In the same state, the incumbent deputy governor, Otunba Moses Adeyemo, made his intention to join the 2019 governorship race known to the state APC leadership. He is depending on his experience in governance, especially as a deputy governor since 2011. According to him, the governor has performed very well, hence the need to continue the good and quality work. He believes that as a loyal politician who has been in the progressive fold all his life, from the days of the Action Group (AG), the Social Democratic Party (SDP) and now the All Progressive Congress (APC), he is the most suitable candidate to succeed his boss. He prides himself as a�?Mr. Qualitya�? who, as the next governor, will play by the rules and regulations of the party.

And in Ekiti which is governed by the controversial Ayo Fayose, the minister of mines and steel development, Kayode Fayemi has declared interest in contesting the July 14 2018 governorship election in the state. Fayemi who was governor of Ekiti between 2010 and 2014, wishes to follow due process to formally notify the leadership of the APC at the state and national levels. a�?I will run for the governorship of our statea�?, he declared. He described the state governmenta��s White Paper against him as controversial, saying that it is designed by the PDP government, thus cannot stop him from contesting.

NNAMDI KANU: THE RISE OF BIAFRA AND THE COMING OF ODUDUWA

16 thoughts on “As interests for gubernatorial races mount up”