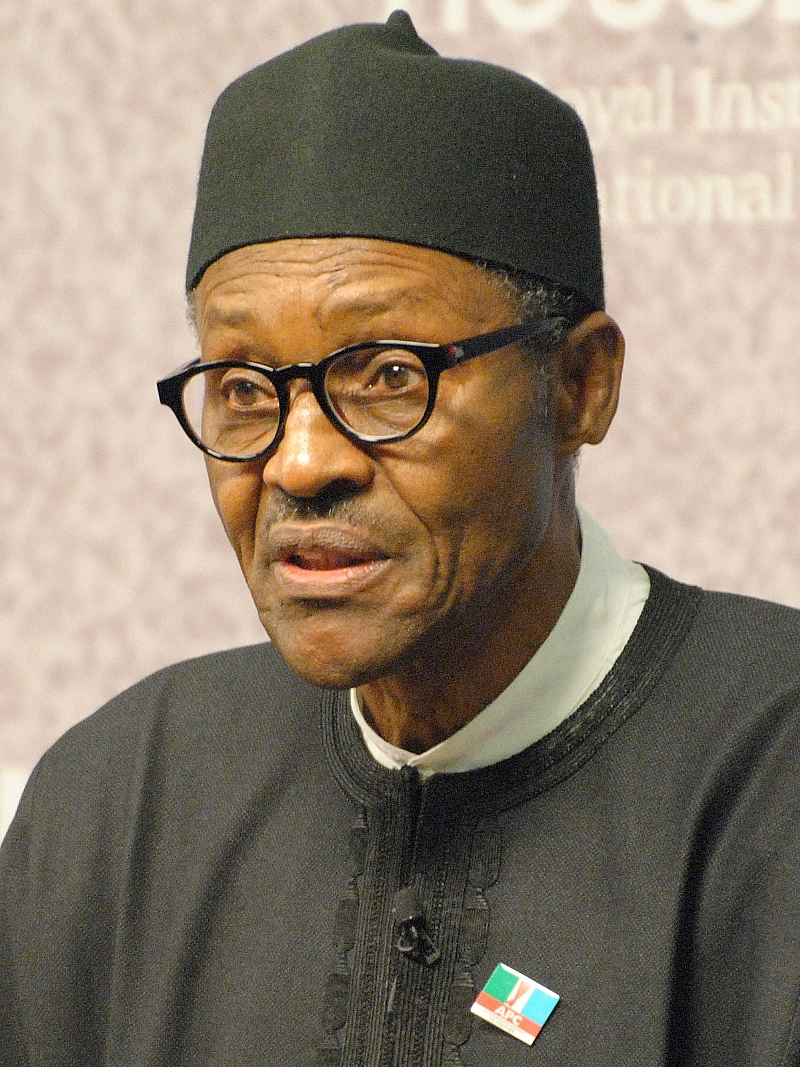 Buhari has resurrected Obasanjo and Babangida so-called duty for another President in 2019. Buhari may actually thank them for giving him a way out in order to take care of himself. The man is not as vigorous as the Buhari/Idiagbon we knew but still better than Jonathan. Buhari kitchen cabinet would never admit that he is not healthy enough to tackle the dual problems of Fulani herdsmen and Boko Haram the way he could have. We need peace for viable economy.

For all we know, Buhari may be more interested in taking care of his precarious health than going through the rigor of election campaign. But the cabals; self-interest would not let him take a good rest with his family and grandchildren. Cabals are ready to sacrifice him, the way they sacrificed Yara��Adua, for their insatiable lust for political and economic power. Indeed, Buhari was lucky to survive his ordeal in hospital. The decision to run again may not be his.

Nigeria has always been unfortunate with most of its leaders after Independence. They lost focus mired in greed and inter-ethnic squabbles common to most African leaders. However, Jonathan was like a godsend. A well-educated man from a minority group came with a great deal of potential to put Nigeria in its rightful place in Africa. Nigerians gave him more votes from the North to the South than any other leader.

Unfortunately, he paved the way for the least of two evils, Buhari! Obasanjo is far from a saint and Ibrahim Babangida is even worse. Both of them overstayed their times as President in the office and left in the least graceful way while trying to cling onto office of the Presidency. Let us face facts: if it takes a devil to clean up the mess in Nigeria, so be it. No angel would come out from the sky to cleanse corruption in Nigeria. We always criticize our Corruption Czar.

Jonathan was a big disappointment. He headed a government that brazenly looted the treasury because the oil income came from their backyard and they had a right to steal as they deemed fit. By the time Jonathan was sent packing, the environmental contaminated area he came from was left worse polluted than he met it. One could have rightly predicted that his gang had to loot so much, in order to buy an island in Europe or America where his people could relocate.

This was how they paved the way for anyone but a gang of looters without remorse or shame. They saw it as their birthright to steal which they claimed was not corruption. Most of us know Buhari because he had a history and reputation against corruption and we were willing to take our chances because we believe he was well placed to also fight Boko Haram instead of looting the money allocated for the Army to take on Boko Haram.

Buhari won not because he was so good but that Jonathan as a choice was worse. Buhari has tried on corruption and fought Boko Haram much better than Jonathan. However, he has become complacent or tired from his recovered sickness to the point where some of the weakness we feared he had for his Fulani kinsmen, has reared its ugly head again. Many now feared he is being manipulated by appointees he hardly knows, controlled by cabals.

The angst against Buhari right now are the Fulani herdsmen he seems unable to control and appointment of only Northerners into most powerful and security positions. Both of these may not be unrelated to the way he was overthrown in a palace coup as a military head of state. The fear of alienating those he needs for resisting any power grab against him is always there because he would not suffer it twice.

Fulani herdsmen trespassing on othersa�� land killing and maiming anyone that rise up to protect their land was met with the same impunity and defiance we saw in a�?looting-is-not-corruptiona�?. It has raised the ire of people across the country yearning for an action government. Contrary to some quarter wishing the country would return to the other party of looters, there must be a third way out. It does not make a difference which: Labor Party or Obasanjo coalition.

If OBJ coalition can seize the initiative from Labor Party, so be it. The Middle Belt area is fed up with their past association with the North and they are ready to go their own way if that is what it takes to stop Fulani herdsmen for assailing their land and impugning their integrity. Actually, the North had their differences with J. S Tarka and Solomon Lar in the past.

These Fulani herdsmen are heavily armed. Indeed, they formed reinforcement militias waiting on calls in case herdsmen are resisted. Whenever innocent farm owners are maimed or killed, committee of peace is called but if one Fulani is injured or killed, constituted Authority of Police or Army appears to deal with their resistance. Fulani Islamic scholars are laying claims to othersa�� land as booty of conquest. However, these are not American Indians or Australian aborigines.

There is a big difference between Obasanjo, as he started a coalition of political parties or minds and Tinubu that already has a firm hold on the APC a�?tableta�?. As a devil you send after devils Yoruba had to come around Tinubu. Yoruba only came around Obasanjo in the second election after soundly rejecting him in his first 199 campaign bid for Presidency. It is more embarrassing to call Tinubu a leader of the Yoruba because he is not different from the looters in PDP.

They turned politics into Ali Baba & the 40 Thieves. One person that can call Mafia, oligarchy and cabalsa�� bluff is Obasanjo. Tinubu lacks that type of courage except the penchant for looting. Guess what? Babangida that Buhari should have been neutralized is back!

Nevertheless, nobody can underestimate Obasanjoa��s courage since he has a record of daring not only heads of state but Fulani oligarchy that most politicians would rather work around or form alliance with. During his time as head of state, he included Fulani officers, as he retired most of the military politicians to the surprise of everyone. The sky did not fall despite all the fears as threatened. He also took on Abacha family. Who else has dared since then?

If Buhari is not as worried and would rather retire for peace of mind and health, his cabinet may not be so reflective. Those that held up Yara��Adua when he was too weak and sick to govern are still around this President. They are ready to prick his conscience that he needs to stick around for the interest of the whole North. If he is too weak, they are ready to prop him the way they did Yara��Adua.