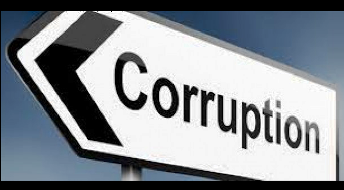 Should corruption be seen as a moral issue? It often seems so, and that attitude is often reflected in how societies decide it should be dealt with – punishment through the legal system or the rule of law. In this worldview, corrupt acts are a well-thought out and premeditated way for people to capture resources which aren’t rightfully theirs.

There is another way of thinking about corruption, however, which says that the historical social and economic structures in a country create the conditions for corruption. While some forms of corruption do come down to sheer greed, in the wider scheme of how societies progress, corruption is a structural phenomenon – it is built into the structures around which politics in developing economies work, especially of redistribution. The work that the Anti-Corruption Evidence (ACE) Research Consortium does is designed to tease out whether, within existing realities, opportunities can be found to change incentives and behaviour to make a specific sector more productive, and therefore less corrupt.

To explore these seemingly opposite perspectives – the view that corruption is a moral issue and that corruption is a structural issue, we teamed up with Timothy Adewale, of the Nigerian NGO Socio-Economic Rights and Accountability Project , or SERAP. SERAP has been working since 2004 to use human rights law to increase transparency, accountability and protect social and economic rights in Nigeria. SERAP has undertaken several major investigations of corruption scandals in Nigeria, as well high-profile legal cases. Challenging the daily reality of corruption in Nigeria, and bringing wrong-doers to light, is part of their model for change.

Pallavi: So, Timothy, if you were to ask the woman or man on the street in Nigeria, how do you think they’d see corruption – as a moral failing by a corrupt individual, or just how politics is played out in the country?

Timothy: Although morality is relative in Nigeria as in other parts of the world, most Nigerians know corruption when they see it. The problem is that corruption and fighting it has been well politicised thus making it seem to Nigerians that one is only corrupt when the ruling party/authorities in Abuja say so. For example, violations of traffic law are so rampant in Nigeria that nobody cares anymore. But the day the authorities decide to arrest someone for it, it is easy for people to conclude that there must be an ulterior motive for the arrest. So goes the story of corruption and its fight in Nigeria

Pallavi: Yes, and that’s when people stop buying into anti-corruption efforts or only pay attention to the more ‘sensational’ cases. But SERAP has done some very brave and important work to expose and prosecute corruption, within the Nigerian legal framework – how would you describe your theory of change?

Timothy: There is a legacy of corruption and impunity in Nigeria, exacerbated by prolonged military rule, unresponsive political systems, lack of accountability, limited civic space and weak judicial and legal systems, lack of political will to enforce decisions of the court, and all of these posing serious threats to citizens’ access to essential public services and human rights. There is also, as you pointed out, citizens’ apathy and limited participation in the fight against corruption.

At SERAP, our theories of change are aimed to address the fundamental governance and human rights issues, including by pushing for increased accountability for grand corruption; robust and effective legal and judicial systems that are able to hold leaders to account; improved access of citizens to information on the management of the country’s resources and improved citizens’ participation in the fight against corruption. Others are improvements of the accountability mechanisms to protect human rights and reduce abuse of public office for private gain.

Pallavi: At ACE, we tread a more nuanced line. Corruption is clearly a damaging phenomenon, and corrupt individuals shouldn’t be condoned or protected – but we also see clearly that corruption occurs so widely and is so resistant to change in developing economies like Nigeria because economic and political power are not aligned to protect formal rules (such as those to forbid public exploitation for private gain). The balance of power is maintained by ‘informal’ politics between patrons and clients, and informal decisions about how available resources should be shared.

Timothy: The problem with developing countries with the fight against corruption is that the most important thing to an average person is survival. So, whether you are fighting corruption or not, one must survive, thereafter you can talk about corruption. When government fails to pay salaries and pensions, people are then wired to do things to survive or “store for the future’’. Therefore, to Nigerians fighting corruption must translate into their socio-economic lives and development. It makes little sense to recover billions if the money recovered goes down the drain pipes again.

Pallavi: I couldn’t agree with you more on what you just said. Because it links to our work which says an impartial rule of law is only possible after countries have reached a certain level of development, and powerful productive organisations want a broad-based rule of law and not a selective one. But this transition is difficult to make for most developing countries including Nigeria, and the rule of law becomes selective, and top down vertical enforcement often fails leading to fatigue with ambitious anti-corruption efforts. Hence the need to look for ways where we can make sequential progress and where we can build coalitions of actors who see rule following in their interest and come together as horizontal enforcers.

But Nigeria has a vibrant media space, and political debates take place openly. Do you think anti-corruption will become an election plank in 2019 like in the last general elections? And more importantly, do you think corruption is treated as a key issue before elections but matters revert to the status quo after?

Timothy: Corruption without question will be an election plank just like it was the case in the 2015 general elections. However, citizens’ expectations in terms of what can be achieved at the level of prosecution of grand corruption cases, reducing the cost of governance, and improving the governance architecture, are pretty low. The key is for citizens to engage politicians, ask critical questions and ensure that corrupt politicians are not voted in, and to keep the momentum even after the elections. The campaign for good governance and accountability is a continuum and should be intensified by people holding politicians to their commitments made during the elections. Bottom-line: we need public/citizens’ ownership of the fight against corruption if the issue of corruption is be more than just election slogan. Otherwise, it will be business as usual and matters might indeed revert to the status quo.

Reflections: It is easy to understand the anger and frustration around corruption and anti-corruption policies, and it is undoubtedly justified. But just so one can provide the reassurance that policy can work, big bang ambitious reforms, while necessary cannot be sufficient to address issues at the sectoral level. This requires an understanding of motivations and incentives. Devising policy that changes those incentive structures in a way that people no longer need to be corrupt to benefit from the system is one way of ensuring some success in the highly fraught field of anti-corruption.

Find out more about the ACE Research Consortium and SERAP online.

9 thoughts on “As the world marks Anti-Corruption Day, SERAP & SOAS ask: Is corruption in Nigeria a moral issue or a structural one?”