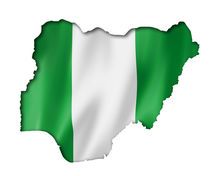 David Mark was not the only one who excluded the common man from the goodies of Nigerian life (Re: telephone is not for the poor!). Another minister had also declared that traveling by air was not for everybody. One day around 1988, I dared that minster, and traveled the Jos to Lagos route by air. Then, it was only Nigeria Airways or Nigerian Airways and I waited at the airport for two days before boarding the flight for which I paid a whopping sum of N27. Since then, I have not been a frequent flyer, not because I suffer from aerophobia but because if I flew as much as I needed to, I would have been in greater distress than Skye bank of 2018.

Anyway, on the few occasions I have patronized the airlines, I have learnt on getting close to the destination, passengers are always asked to prepare for landing. This is a critical period when passengers are given safety-critical instructions and the cabin crew move around to ensure sytrict compliance with these instructions. This change-oriented PMB government, anchored on body language, is now preparing for landing. I have noted some pre-landing comments of the pilot and his copilots, and that is what I intend to analyse.

I wish to start from the spokesman of the government, Lai Mohammed who in his 2018 Christmas message to Nigerians declared that ‘we have been able to meet all our promises, all our obligations to Nigerians since we came into power’. Probably he wrote the speech read by PMB at the flag off of his presidential campaign in Uyo a few days later when he boldly declared that we have defeated boko haram and met all our campaign promises. All his Promises? To Nigerians? In this Nigeria? Well as Chimamanda Adichie declared during the Achebe controversy, we perceive differently! We are living witnesses to the deluge of promises, which PMB and APC inundated us with in 2015. When the come came to become, they denied all their promises( All Promises Cancelled) but thankfully, retained 3 of them: strengthening the economy, improving security and FIGHTING corruption. To declare bold-facedly that these triune promises have been fulfilled evidences what Lawrence Gemade described as Delusional Leadership, a leadership that believes and orchestrates something, despite total lack of evidence( BusinessDay, 3/12/19)

We all see and know how the economy is today. The anemic growth of 1.8% ( despite the promise to make the economy one of the fastest growing in the world), the frightening level of unemployment,(43% unemployed and underemployed and more job loses likely as manufacturers are increasingly unable to pass on rising costs to consumers) and our ascension to the global throne of poverty. A president that made a mockery of the subsidy regime, asking ‘who is subsidizing who’ is now neck-deep into the nebulous term of under-recovery and has budgeted $1bn for subsidy in 2019. A government that promised to realign the budget circle presented the 2019 budget on 19/12/18, a budget in which the weight of the pot has surpassed that of the water as we will spend more on debt servicing than on capital expenditure and we are planning to borrow more. And we are regularly told that our foreign reserves are rising but ordinarily, it is a very strange accounting practice to estimate the net worth without discounting corporate indebtedness.

We were promised that Boko Haram would be decimated before 1/9/15. But now, beyond the bloody orgies of BH, we have the bold and fearless herdsmen in the North Central and the bandits in other parts of the north, including Zamfara, which has now become a field of swords(2Sam,2:16) The Zamfara state Governor has declared his readiness to abdicate if that would bring an end to the bloodletting; his Kastina State counterpart reports that his state has been overtaken by armed criminals while the Governor of Borno State lamented that the BH attack had increased to a worrisome level. The Matele massacre and the ease with which Alex Badeh was murdered are testimonies of our security scenario.

The government wants us to believe that WAR against corruption is fruitfully ongoing but the Nigerian Bureau of Statics has reported that corruption thrives in Nigeria, with reported cases increasing in 15 states, and Abuja as the capital of brazen bribe takers( 65%). You know those who hold sway at Abuja. But here is a story that tells us about the dynamics of the current anti-corruption war: ‘…Videos have been trending online, ‘showing’ Governor Ganduje in the very act of collecting bribes in hard currency… however, the EFCC ICPC and even the presidency have kept mute. The silence of the EFCC and the presidency is in sharp contrast with the treatment of former Ekiti State governor, Fayose, whose accounts were variously frozen and who was virtually encircled and kept under watch even while still in Government. Rather than investigate Ganduje, the EFCC has been alleged to collect donation of N10m during the national anti-corruption marathon organized in honour of President Buhari. What is more even the president was videoed in france commending the governor for his many accomplishments in office. Of course, President Buhari will not want to say anything bad about the Kano State governor where he received over 2m votes in 2015 and where the Governor has promised another 5m in 2019’(The curious case of Governor Ganduje, BusinessDay editorial, 20/12/18). There is nothing more to add, except to remind us that the boss of the EFCC has become a permanent acting chairman, holding office in defiance of constitutional requirements. I know that this not an act of corruption! I also noticed how the president received with gusto, a former PDP National Vice Chair, who has a corruption case dangling on his neck and the grass-cutter in chief at the presidential villa. That is body language in action.

You see, as I stated earlier, we perceive differently. Lai Mohammed( I don’t know whether he is speaking for the party of for OUR government or both) has turned in a self-assessment report of 70%+ ( 70-100% is the same A!). However for most ordinary Nigerians( excluding the trader-moni recipients), this government has fed us with bread of tears and gave us tears to drink in great measures( Psalm 80:5). Furthermore, our people say that whoever examines himself will always pass but the Bible declares that there is better hope for a fool that a man who is wise in his own eyes(Proverbs, 26:12)

Other matters
OBJ has just done what he is good at: letter-writing. The only difference in this case is that he wrote as Matthew Okikiola Olusegun Obasanjo, PhD, NOUN! I have argued severally that OBJ is a key part of the troblems with Nigeria and my writings on OBJ(99% of them are non-commendatory) are more than all that I have written on Yar’Adua, GEJ and PMB combined. My initial reaction to his letters was that he had no moral standing to pontificate. But I eventually came to accept the message without being enamoured with the messenger. I believe that ignoring his precedents, this latest letter has some weight and its contents should not be treated with levity. It is unfortunate that those who celebrated his earlier letters are those pillorying him for the current letter. That is one of the ironies of life, especially, the Nigerian life, where one can transform from saint to villain or from a friend or a fiend, within an interval of a few minutes. It SHALL be well with Nigeria and Nigerians!…

Third term agenda and the Buhari we don't know

Sunday Adelaja: A Canker Worm In The Bread Of Life

9 thoughts on “As we prepare for landing: Words from the great Lai”