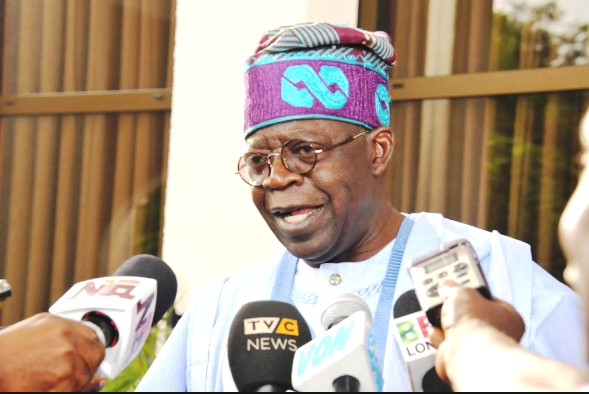 To everything there is a season, a Time for every purpose under heavena��Ecclesiastes 3:1

While noting the substantive leader of the APC, President Buharia��s mandate to you to reconcile the warring factions within the APC preparatory to the coming 2019 elections is a recognition of your political pragmatism, we are of the view that you must be very conscious of your role in history and refuse to be carried away by the admiration of men, be it real, imagined or preemptory.

You are no doubt aware that the major cause of the crisis within the APC, as with other political parties and in the country in general, is the de-Federalized architecture of the Nigerian State. This is characterized by the centralization of nearly everything under the sun thus creating an environment for the escalation of ambitious quest for control of the Center with its trickle-down effects; with state actors, some of whom you are now being asked to reconcile, taking their primary orders from the Center and not from their Peoples, thus making the Center always the puppeteer.

The Center has always directly negated the aspirations of the various Peoples of Nigeria in their quest for freedom and hence must be re-adjusted to ensure the return to these aspirations. The Center, by its Unitarization, is the anchor for the entrenchment of a vision of Nigeria crafted by the colonially-inspired military, as a negation of the coming into being of the Nationalities through their complete evisceration. A readjustment of this vision and therefore its architecture, will allow for the interjection of critical cultural norms and impulses of the Peoples in addressing challenges facing them which will no doubt be better than acting on orders from the center, as it presently is.

Since 1978 when military-backed administrations, either directly as Military heads of state or President or indirectly as the civilian counterparts, controlling this Center became the ultimate in the countrya��s political firmament, and Nigeria had steadily gone downhill in all facets of human development, the total opposite of the pre and immediate post-Independence expectations; thus, all attempts at making this Unitarization stick had always fallen flat on its face no matter the military or civilian palliatives deployed in its sustenance.

The APC Committee on Restructuring which recently submitted its report, promoted certain forms of devolution of powers from this Center. Devolution implies the sanctity of the Center and denies Federalism as a relationship between co-equal partners hence cannot be the solution as it retains the power to take back what it has given away.

Restructuring, on the other hand, implies re-imagining of the Center, the re-creation of a Center which will ensure the redevelopment of the human capabilities of the various Nationalities suspended by colonial intrusion and introducing the combined and uneven social and economic development of the country.

The APC Committeea��s report is silent on this important difference; yet this is the crux of the matter facing Nigeria. The Committee chose to make this a matter for the future by saying that there will be a consequential (Constitutional) amendment if the recommendation as to states (Federating Units) exercising control over their natural resources within their respective territories and paying royalties to the Federal government is accepted.

The future is here with the new a�?mandatea�? given to you. The problem is not about reconciliation of a�?warring factionsa�? but the Architecture of the Center which allows it to override the Peoplesa�� expectations and aspirations at will. Reconciliation in this context must thus begin from decoupling the Center as an agency of manipulation and control and this can only happen when the country is Restructured.

IF you accept it, for whatever reasons, the work is out for you. We expect that it becomes an opportunity to give effect to the cries of Restructuring Nigeria before the 2019 elections. Since the president favored a�?processa�? in his New Yeara��s Message, your a�?mandatea�? MUST set up the process for Restructuring which will dovetail into resolving whatever problems you are expected to resolve.

This process will be anchored on Referendums within all the Nationalities in Nigeria and within a specific time frame. These Referendums will be based on the demands of the Nationalities which are being variously expressed as can be seen from the following: The recent terrorist activities in Benue, Taraba and other Middle Belt states with the Governors of these States apparently powerless in conducting their own security measures; the recent call on Fulani cattle herders to relocate to Kano state by the Kano state governor, with the assurance that there is enough land for them to practice their trade; the declaration by the Uka��omu Igala, representing the Igala Nation in Nigeria, as to wanting their own a�?statea�? rather than belonging to a a�?northerna�? region; the threats to all the Peoples of Nigeria by the patrons of the Miyetti Allah Cattle Breeders Association to the effect that they will violently resist any local laws not to their liking and the Central State Apparatus apparently quietly reinforcing these threats by blaming the victims for the crimes committed against them; the determination of the peoples of the Niger Delta to ensure only candidates in favor of Restructuring will be voted for; the continuous demand of the Yoruba for Restructuring as well as the agitations by the Igbo are among the many pointers to the necessity of readjusting the architecture of the Nigerian State rather than a�?reconciling warring factions of the APCa�? for the purposes of future elections, more so when the terror unleashed on the Peoples would have sufficiently guaranteed their intimidation before the elections.

All of these, and more, will generate the parameters for the questions to be posed in the Referendums, as they will almost certainly revolve around RESOURCE CONTROL, which will also answer the geo-political question as to what the Federating Unit is and be resolved by a YES or NO question. The determination of this question will fundamentally affect political representation at the sub-national and national, that is, country-wide levels; meaning, questions about remuneration for public officers, the type of political representation (parliamentary or presidential), taxation in both local and central governments, economic philosophy, cultural imperatives as well as other existential questions, including those you are expected to reconcile, are embedded in the entire Resource Control agitation.

The end-result of these Referendums will result in a country-wide Referendum as to a new Constitution and the composition of the Center, with a central Legislature made up of equal number of representatives from the Federating Units(Nationalities) and superintended by a Presidential College consisting of one representative selected or elected from each Federating Unit and from which a a�?primus inter paresa�? will be selected/elected from within the College to hold the office of the President on a rotational basis. This will permanently alter the over-reliance on the Center thus reducing inter-Nationality conflicts and Nigeria can become an expression of African post-colonial aspirations.

If these are not acceptable to President Buhari, or if it is deemed as being outside the orbit of your mandate, it is respectfully suggested that you MUST decline the a�?mandatea�? and follow the pathway towards ensuring a a�?thousand flowers to blooma�? in the 2019 Presidential elections as had been previously suggested.

Who Will Replace Dimma’s Teeth?

My wishes for Odili and Amaechi