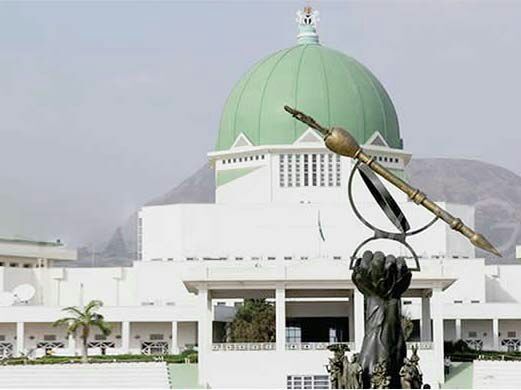 MIIVOCa��s Executive Director, Dr. Walter Duru, who made the call Saturday, in Abuja commended the leadership of the National Assembly for promptly resolving the impasse that arose over where to domicile the proposed Agency, describing their action as patriotic.

He however retained his earlier fears over the imminent expulsion of Nigeria from the Egmont Group of Financial Intelligence Units, if a clean copy of the NFIA Bill is not immediately transmitted and the President assenting immediately.

arguing that it portends grave danger for the nation, if allowed to happen.

According to him, the National Assembly deserves commendations for doing what he described as the needful, reiterating the grave danger facing Nigeria if expelled by the Egmont Group of FIUs.

a�?If expelled, Nigeria will be listed as a high-risk jurisdiction country, with far reaching implications.a�?

Duru blamed Nigeriaa��s present suspension from the group on the absence of operational autonomy for the Nigeria Financial Intelligence Unit, as well as the absence of confidentiality in the handling of financial intelligence, commending the National Assembly for harmonizing its report, even as he called on her to quickly transmit same to the President for his immediate assent.

a�?Nigeria was suspended by the Egmont Group of FIUs in July, 2017, following the absence of operational autonomy for the NFIU, among other related concerns. The failure of Nigeria to pass a law making the NFIU independent is the main issue. Today, the main discrepancy, which was where the agency would be domiciled is resolved in favour of the Central bank of Nigeria. This is indeed, a step in the right direction. Now, even if the bill is not perfect, let it be finalized and transmitted immediately, while amendments come later. We must avert this imminent danger.a�?

a�?The Egmont group will be meeting from the 11th to the 16th of March, 2018 and If Nigeria fails to comply with the groupa��s demand for a legal framework granting autonomy to the NFIU in the next few days, the country may be expelled from the global body, which provides the backbone for monitoring international money laundering and terrorist financing activities.a�?

Continuing, he stressed, a�?when expelled, Nigeria will no longer benefit from financial intelligence shared by the other one hundred and fifty-six member-countries, including the United States of America and the United Kingdom, while the countrya��s ability to recover stolen funds abroad will be hampered.a�?

a�?Another major consequence will be the blacklisting of Nigeria in international finance, and this could affect the use of credit cards, as the credit lines offered by corresponding banks would be cut off. In fact, financial instruments from Nigeria may not be honoured abroad.a�?

a�?It could also affect the international rating of Nigerian financial institutions, restricting their access to some major international transactions. Do not forget that Nigeriaa��s membership of the Egmont Group ensured the removal of Nigerian banks from the blacklist of international finance. The blacklisting of Nigeria in 2001, for instance, prevented the banks from engaging in correspondent banking with foreign institutions and also denied Nigerians access and ability to use foreign credit cards.a�?

a�?The last Egmont group statement about Nigeria is very clear on what the issues are. The issue of autonomy for Nigeria FIU is the crux of the matter. The statement reads in part: a�?the heads of FIU made a decision, by consensus to suspend the membership status of the NFIU, Nigeria following repeated failures on the part of the FIU to address concerns regarding the protection of confidential information, specifically related to the status of suspicious transaction report (STR) details and information derived from international exchanges, as well as concerns on the legal basis and clarity of the NFIUa��s independence from the Economic and Financial Crimes Commission. The measure will remain in force until immediate corrective actions are implemented. The NFIU Nigeria is now excluded from all Egmont group events and activities. The Egmont Group expressed its hope that the Nigerian authorities will address these concerns to enable the Egmont Group to lift the suspension as soon as possible.a�?

He further disclosed that the suspension of Nigeria by the global body has stalled the process of Nigeriaa��s application to join the Financial Action Task Force.

He called on the National Assembly and President Muhammadu Buhari to act quickly, even as he made a case for a fit and proper person to be appointed to head the proposed agency, in the interest of the nation.