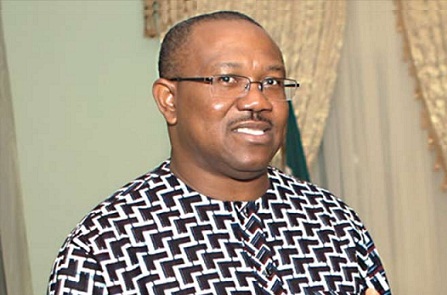 Following reports of alleged opposition to the emergence of former governor of Anambra State, Peter Obi as the running mate to Peoples Democratic Party (PDP) presidential candidate, Alhaji Atiku Abubakar, a pan-Igbo sociopolitical pressure group, the South East Revival Group (SERG) described the purported move by some leaders in the region as “selfish and counterproductive”.

Condemning the reported move in strong terms, the group's national coordinator, Chief Willy Ezugwu noted “not one leader, who is on ground and in touch with the ordinary people in his or her domain in the South East region, can move against the choice of our own son.”

The SERG said: “Incidentally, the south east region falls into the category of those who will never vote for the continuation of hunger and hatred for the people of Nigeria.

“Even if Alhaji Atiku Abubakar didn't pick his running mate from the south east, none of our true sons and daughters will vote to return the current federal government to power next year as the so-called leaders are trying to make the country believe.

“Since the inception of democracy in Nigeria after our independence 58 years ago, the Atiku Abubakar/Peter Obi combination is the best joint

presidential ticket ever.
“The ticket is a combination of competence and intelligence, which has been presented to the Nigerian people, majority of whom are victims of hunger, job loss, herdsmen attacks, none respect of court rulings, lopsided military operations, families and friends of people who have been receiving unjust retirement in the last three and half years, and many others.

“All the arrowheads of the sinister opposition should know that their selfish antics will be counterproductive and may cause some of them a reelection.

“Nigerians are not ready to go back to the days of appointment of puppets into political offices as we are shocked that the opinion of one or two interested individuals have suddenly become the opinion of the entire leaders in the south east?

that both Atiku Abubakar and Peter Obi are rare Nigerians with independent minds. These are two outstanding Nigerians who became rich before being

elected into political office.
“For us, it was expected that the Atiku/Obi unique and rare combination will shock a few following the statement their choice already made across the country.

decide their fate”, the SERG warned.

Rear Admiral Ikoli did not kill himself: Nigerian Navy