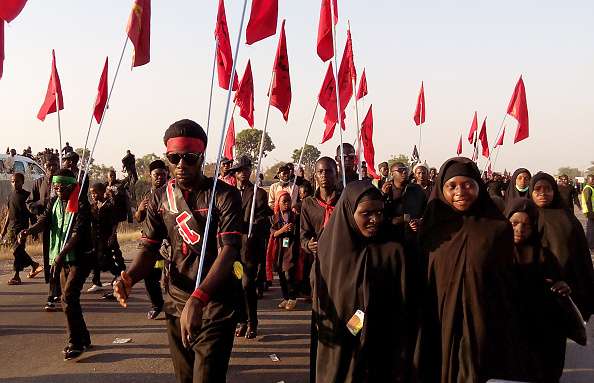 Former US ambassador to Nigeria, John Campbell has strongly remarked on the persistent gross and deadly abuses by Nigeria’s military, lately highlighted by the late October Abuja massacre and recent military aggression towards critiquing international organizations including the United Nations and Amnesty International.

Mr. Campbell also raised concern over the silence of current main opposition candidate Atiku Abubakar on these conspicuous violations and crimes against humanity.

John Campbell who is an Acting Director in the US Department of State, served as United States Ambassador to Nigeria under George Bush. He made the remarks in a December 19th post on the Council of Foreign Relations platform. A major think-tank advising policies of the United States government.

In the post captioned “Nigerian Military Conduct Should Be of Serious International Concern”, Ambassador Campbell cited a recent news release and video of evidence by “probably the most influential newspaper in the United States among those who follow foreign affairs,” the New York Times and associated United States mainstream media publications which painted a grim, evidence-based picture of the October-ending massacre of dozens of “unarmed” Nigerian minority Shia Muslims by “elite forces” from Buhari’s Presidential guard.

Brutal Military Policing Nigeria
At least 45 unarmed Shia Muslims and other innocent passersby were killed in the October onslaught by fully combat armed soldiers who have replaced the civil enforcement in Nigeria, a disturbing Nigerian government behavior as Campbell noted.

Campbell:
“Since the colonial period, it has been the army, not the police, that successive military and civilian governments have used to maintain order. With little or no training in police work, the army’s response too often has been rough, if not brutal. Army personnel have only rarely been held accountable, and seem immune from international pressure, whether applied by human rights organizations or foreign governments.”

The New York Times report cited several shocking acts of overt aggression and persecution by the current administration including a December 2015 clampdown on the Shia-majority Islamic Movement of Nigeria which saw hundreds of unarmed youth killed across several locations in a northern state, and secretly buried in a mass grave in Kaduna as admitted by a President-sanctioned Kaduna state judicial panel.

Military officers implicated in that state report were never punished, the Times noted.

“Buhari, himself a former general and military head of state, has largely followed a hands-off policy with respect to reports of military abuses, and his opponent has largely been silent.” Campbell said.

It is recollected that in 1999 the Olusegun Obsanjo and Atiku Abubakar presidency was accused in the massacre of as many as 2500 innocent villager in Odi, Bayelsa state during a similar overhanded military act of “terror’ on the citizens.

John Campbell highlighted this pestering record of military abuse in Nigeria, calling for address by the international community.

Additionally, he noted there is a “distrust” of the Shia minority in Nigeria by Sunnite sect extremists. Pandering to some of these large, radical extremist bodies may be a political motivation that keeps Atiku silent.

The old guard political class also defends the military in spite of and against international condemnation and human conscience.

This conspiracy in abuse and genocides may be due to the political hopes of politicians of the two major older parties, their dependence on the police and armed forces as private bodyguards and assistance with rigging elections. [Last line, my comment]

In Rivers the stakes are high