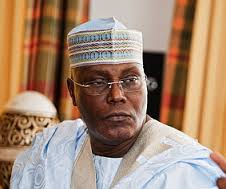 Abubakar told newsmen after he was conducted round the hospital wards to console the victims that he was satisfied with the hospital’s effort in the treatment of the patients aw well as their response.

The News Agency of Nigeria (NAN) recalls that the twin bomb blasts occurred a week ago, killing scores of people and injuring many others.

The first blast was said to have occurred at the mosque located in the market, killing all members of the congregation before the second one destroyed another part of the market.

Atiku applauded the commitment of the management of the hospital and the committee it set up to manage the Paupers’ Fund meant for the treatment of underprivileged persons.

“I once donated N10 million to the fund and decided to make another donation of N10 million today because I am quite satisfied with the way the fund is being managed.

“Patients that cannot afford to get medical treatment can benefit from the fund.”

“Happily, I have heard an announcement that more policeman are being recruited though not sufficient.

“There is also the need to look into the training of security personnel so that they can confront the current challenges.”

Also speaking, the Chief Medical Director of the hospital, Prof. Muhammad Auwal, thanked the former vice president for his support to the hospital.

“He is the major financier of our Paupers’ Fund and I want to put it on record that the fund, since inception, had financed the treatment of about 300 patients, including those with major surgeries.

“The management of the hospital has no access to the fund and there is no exchange of money at all; we give the service and the fund pays directly into our TSA,” Auwal said.