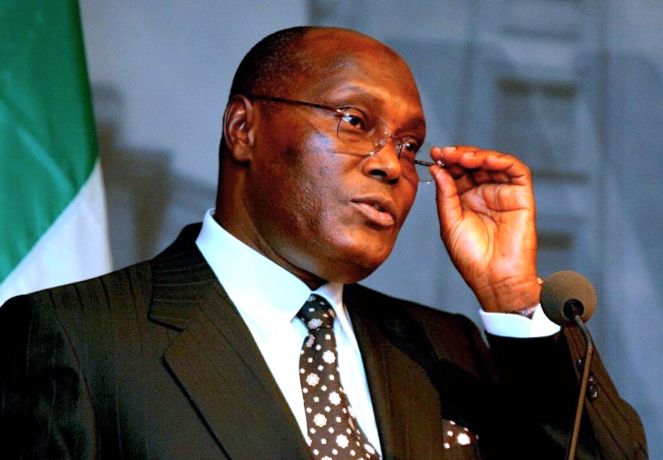 Former Vice President, Atiku Abubakar, has said he would probe President Buhari’s government if he becomes President in 2019.

According to Atiku, Buhari’s anti-corruption fight is fatally harmed by his protection for very corrupt people who should be prosecuted.

The former Vice-President also promised to probe the recent purchase of arms by the current administration.

Atiku who was speaking on a BBC Hausa interview programme on Saturday, said a�?Eight years after, Nigerian government is still fighting Boko Haram that are not professionally trained.a�?

In the interview monitored by The Cable, a�?I want to be the president of Nigeria because I would be able to do things I could not do as vice president. I will investigate how the government was unable to defeat Boko Haram for years. I will also investigate the procurement of arms bought by this administration.a�?

a�?If Nigerians can recall, we initiated the Economic and Financial (Crimes) Commission (EFCC). I’m the person that sourced for the takeoff funds for the EFCC.

a�?In this administration, there are people who are untouchable, they are doing things that are not in order but they are being shielded by the government. If elected Nigeria’s president, my administration will not spare anybody. When I was in power, none of my relatives or friends was found wanting,a�? he added. Buhari ignored Atiku’s advice.

The former Vice-President also revealed that he met with Buhari after the 2015 election and adviced him on how to run his government.

According to Atiku, the President ignored his advice.

a�?After 2015 general election, I met the president and told him the activities of the party had been crippled and there was a need for restructuring.

a�?Also, the way the government was being run; I made my suggestions but it seemed they were deemed not important to them. I said to him, if things continued like this, I will quit but Buhari ignored it,a�? he said.

Atiku Abubakar also criticised President Buhari over the lazy Nigerian youth comment which he made at the Commonwealth Business Forum in Westminster on Wednesday, April 18, 2018

7 thoughts on “Atiku vows to probe Buhari administration if elected”