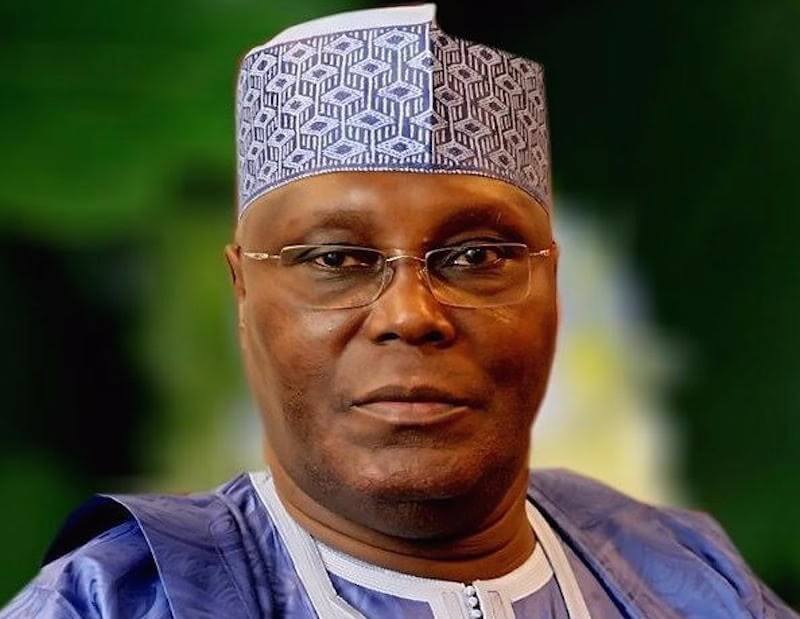 The support base of the Peoples Democratic Party (PDP) presidential hopeful, Alhaji Atiku Abubakar, has continued to expand across the country in all the six geopolitical zones.

This is even as it was another remarkable spark of hope for the aspiration of the former Vice President as members of a frontline support group, the Atikumania Independent Campaign Organization (AICO), declared total support and readiness to mobilize massively in view of the Waziri of Adama 2019 presidential bid.

The group at a recent meeting at Onitsha, Anambra State, made the pledge.

The meeting was held at the home of the 2017 gubernatorial candidate of Allied Congress Party of Nigeria (ACPN), Chief Akunwata Ejoh Ojiba who hosted the group to a sumptuous entertainment.

The former governorship candidate at the meeting collapsed his political structure into the support group.

He described Atiku Abubakar as a visionary, haven worked with him.

“Alhaji Atiku Abubakar is one man I worked with and enjoyed every bit of my job. This can be attested to by many others whose domestic, social and financial needs were adequately met while they worked with the him”, Chief Ojiba said in his keynote address.

Chief Ojiba, who is a member of AICO Board of Trustees, unveiled the person and character of the man Atiku Abubakar in his sensational address that held his audience spellbound as many got to understand the PDP presidential hopeful better than insinuations being bandied about by political detractors and enemies of good governance in the country.

Akunwata Ojiba who is widely known for his benevolence, doggedness and total commitment to welfare of his people described Atiku as a major employer of labour in the country and beyond.

According to him “Atiku is the most detribalized Nigerian I have ever met in this country, about 80 percent of his workforce are people from southern Nigeria given that he placed result oriented partnership over recruitment by ethnic sentiment.

,”Atiku Abubakar is our inlaw; a great one at that as we never had problems with him since he married our daughter from Onitsha here.

“Graduates working in any organization owned by Atiku earns as much as N80, 000 (eighty thousand naira) minimum wage; a policy which had over the years endeared him to all his workers.

“My success story in life cannot be concluded without mentioning Atiku Abubakar in many areas and same goes to many others who had worked or would be working with him in time to come”, he disclosed.��

He however, made a clarion call for every Nigerian that has come of the voting age to acquire a Permanent Voter’s Card (PVC) from their respective registration points as provided by the Independent National Electoral Commission (INEC) before the upcoming presidential election.

This according to him is critical to enthroning a government that would wear a human toga and address Nigeria’s prevailing socioeconomic problems.

Many key officers of AICO who spoke at the event extolled Chief Akunwata Ojiba on the commendable exposé on the real person of Atiku Abubakar, which according to them has put paid to the negative impressions being circulated in some quarters about northerners being totally against development of southern Nigeria and her people.

The Anambra State Coordinator Chief Charles Erokwu in his reaction expressed profound gratitude for a great achiever like Chief Ojiba for not only identifying with AICO but also for accepting to be part of the support group with every sense of responsibility.

On his part, the National Publicity Secretary and Coordinator of AICO Media Team, Hon. Tony Ezike, who represented the National Chairman Prince Joseph Nneke at the event, expressed sincere appreciation to the people and leadership of Anambra State Chapter of the organization whom he described as up and running in terms of effective mobilization and enthusiastic support which contributed in no small measure to the overall success of the meeting.

Describing the host, Chief Akunwata Ejoh Ojiba as God-sent to AICO in particular and to all supporters of Atiku Abubakar in General, Hon. Ezike noted that “a vote for Atiku Abubakar is a vote for the Nigeria of our dream”.

Comrade James Ezema is a veteran journalist and Media Consultant. He is the Publisher/Editor-in-Chief of Nigeria's fast growing Online Newspaper StreetReporters.ng

He is a Social Engineer and Community Development Volunteer. He is also the Director of information at Citizens Rights and Empowerment Advocacy Initiative (CREMA Initiative). www.cremainitiative.org

Ebonyi PDP to sanction members making nocturnal moves ahead of 2023.