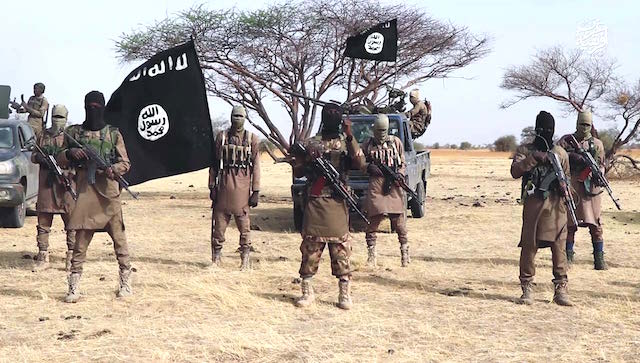 Insurgents suspected to be fighters of the Islamic State in West Africa Province (ISWAP) Sunday attempted to infiltrate Damaturu, the Yobe State capital.

The incident which happened in the late hours saw an attempt by the suspected terrorists to take over the State capital but troops deployed around Babbangida-Gashua-Damaturu axis with aerial support from the Nigerian Air Force repelled the attack.

It was reliably gathered that, more than 30 ISWAP fighters were killed alongside their commander who led the attack. The commander was identified as Abu Muqhtar.

During the attack, residents of Damaturu say sporadic gunshots were heard along Damaturu-Gashua-Babbangida axis around 5:30pm, forcing them to remain indoors for their safety.

As of the time of filing in this report, no official statement has been released by the authorities concerned in respect to the gun duel.

In recent times, suspected Boko Haram insurgents had made several attempts to infiltrate Damaturu but were successfully repelled by troops of the Sector 2 of the Operation Lafiya Dole.