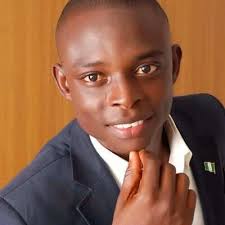 For a thorough, genuine and successful anti-corruption battle, the Audit process remains a very useful tool that cannot be left behind. Certainly, public service is about adding value to citizens and society, and about continuously increasing that value. To focus on the value that government adds, audit should be about the outcomes that benefit citizens and society and to which government activities contribute. It should also help all stakeholders play their part in continuously improving the value that governments add.

Meanwhile, where there are no proper checks through effective auditing, the value will be eroded, corrupt practices will thrive unhindered and the masses will be at the receiving end. To improve accountability, transparency and judicious utilisation of public resources, the Public Account Committee (PAC) of the Senate and House of Representatives and the Office of the Auditor General of the Federation (OAuGF) must carry out their mandate effectively.

In a bid to enhance the audit function and empower the OAuGF to effectively discharge its constitutional mandate, the 8th National Assembly passed the Federal Audit bill and forwarded to the President for his assent. However, President Buhari neither assented nor declined assent to the bill. This singular act of non assent to this all important bill is a cause for concern that perhaps President Buhari is not ready to institutionalise the anti-corruption fight.

No doubt, there was a missing link somewhere. It is either the President does not really mean his words on the war against corruption or he might have been wrongly advised on the essence of the Audit Law. Now that we are in the 9th Assembly, particularly with this synergy between the current leadership of the executive and legislative arms, it is time to resuscitate the bill with a view to clearing gray areas to make for a smooth passage by the National Assembly and ready for President’s assent.

The Chairman, Public Accounts Committees of the Senate and House of Representatives, Senator Matthew Urhoghide and Honourable Busayo Oluwole-Oke who co-chaired a session of stakeholders during a 3-day Stakeholders Consultative/Technical Session on the Audit Bill organised for members and staff of the Senate and House of Representatives Public Account Committees and the Office of the Auditor-General of the Federation (OAuGF) in Abuja with support of the Department for International Development’s Partnership to Engage, Reform and Learn (DFID-PERL), vehemently expressed the desire, commitment and determination to ensuring the enactment of Audi Law in the country.

They assured that the 9th National Assembly will breathe a new life into the Audit Bill and ensure its passage again. Senator Urhoghide and Honourable Oluwole-Oke lamented that the nation’s current audit practice does not meet the global best practices and that necessary reforms that would empower and enable the office of the Auditor General of the Federation to function optimally and efficiently are imperative.

For Honourable Oluwole-Oke, if the Bill becomes law, it would enable the Auditor General to carry out his duties very efficiently and effectively. Oluwole-Oke said Nigeria is a member of Comity of Nations and should do things in line with the global best practices. He said the Audit Bill if passed and assented would help to curtail corruption in the country.

Senators Ibikunle Amosun and Gabriel Suswam who are members of Senate Public Account Committee in their respective submission maintained that necessary steps must be taken, including the audit law to eradicate corruption and ensure that Nigerians get value for public money utilised by those elected and appointed into public offices. Similarly, the Attorney General of the Federation and Hon. Minister for Justice in his paper titled: “Implications of the Audit process on the fight against corruption” reiterated the importance of an enabling legal framework and adequate resourcing for the OAuGF to enable it complement the fight against corruption. He went further to challenge the OAuGF and the NASS PACs to reflect on their mandate and processes with a view to bridging inherent gaps. The Hon. Minister for Finance, Budget and Planning who was represented by the Permanent Secretary, re-emphasised the importance of auditing in effective public financial management.

The Head, Technical Support, Partnership to Engage, Reform and Learn (PERL) Engaged Citizens (EC), Mr John Mutu, who facilitated the session explained that it was aimed at building consensus between the NASS, the Executive and the OAuGF to ensure that the audit bill succeeds in becoming a law. Mutu explained that the main objective of the session is to provide a platform for the National Assembly’s Public Account Committees (NASS PACs), the Office of the Auditor-General of the Federation (OAuGF) and the Presidency to reflect and review the Audit Bill so as to identify areas of concerns that prevented the President from giving his assent to the bill.

The National Team Leader, Engaged Citizens Pillar (ECP) of DFID funded Partnership to Engage Reform and Learn (PERL), Dr. Adiya Ode observed that the office of the Auditor General of the Federation plays a critical role in the fight against corruption which is one of the major agenda of President Buhari’s administration. Dr. Adiya noted that if the government is really committed to fighting corruption, the audit law is a useful mechanism to achieve the objective. She said that having the audit law in place would strengthen the Auditor General to perform his functions well and also send signal to corrupt people that they would be exposed and prosecuted.

In conclusion, having realized that Audit Law is a useful tool to help Nigeria deal with corruption and even nip corrupt tendencies in the bud, all hands must be on deck to ensure speedy passage of the Audit Bill by the 9th Assembly and assented by President Buhari, without delay so that Nigeria will nail the coffin of corruption and bury it.

Punch Newspaper – When A Pen Becomes A Piper