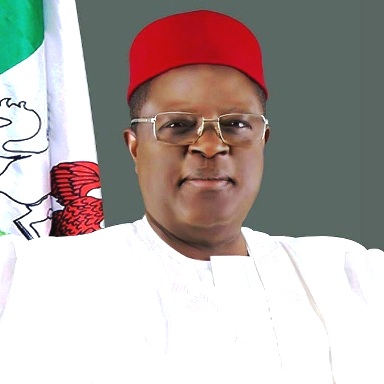 The Chairman of the South East Governors Forum and Governor of Ebonyi State, Chief David Umahi has called on Nigerians to be more positive about Nigeria and avoid extreme politics as the country gets ready for

the 2019 general elections.
Governor Umahi in his New Year message, signed by his Chief Press Secretary, Emmanuel Uzor acknowledged that the country went through

turbulent times in the year 2018 resulting in almost a near doubt about Nigeria and called for a newed belief in the country.

Umahi maintained that even as Nigerians approach the polls to elect their leaders in the new year, one thing should be paramount to

approach every election with every sense of brotherliness as elections are not wars and called for abolition of extreme politics among every political parties participating in the election.

We Are Ready To Face Fulani Herdsmen With Force, Says Gov. Akeredolu