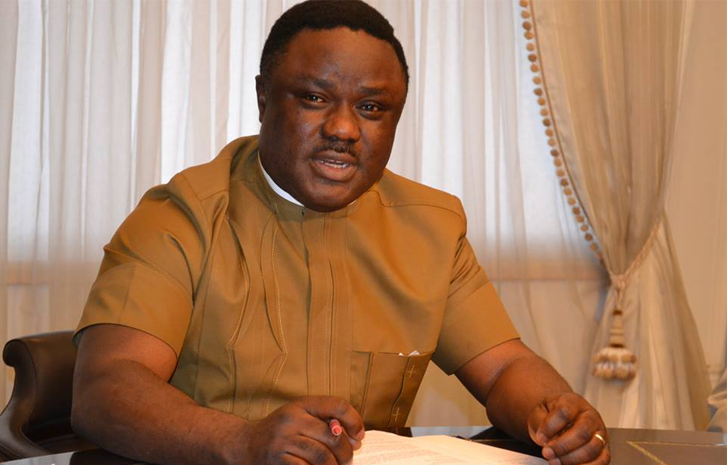 Benedict Ayade is not only the governor of Cross River State; he is also a senator and a professor . But these are not the reasons I am writing about him. He is in the eye of the storm because of his disposition to criticism and journalism. The governor is incensed with the reports of a journalist, Mr. Agba Jalingo .The governor alleged that the reports of Jalingo can be liken to treason and would make the people of Cross River State to revolt against him. This is clearly a figment of Ayade`s imagination.

The governor approached a Federal High Court in Calabar on four counts of `acts of treason, treasonable felony, and threatening through various publications on crossriverwatch.com and social media, using malicious publications, instigating the people of Nigeria to stage protest for the removal of the Governor of Cross River State of Nigeria from office without due process of law and thereby committed an offence punishable under section 41 of the Criminal Code Act, Cap C38, Laws of the Federation of Nigeria, 2004`.

The action of the governor could be seen in the province of witch-hunting and killing a fly with a sledge hammer. I am not a lawyer but my reading of mass media law is enough guide. If you are so incensed with the reports of any journalist, you can approach the court for either libel (published defamation) or slander (spoken defamation). The allegation of the report is about governance and the diversion of N500 million of the Cross River Micro Finance. The money belongs to the people of Cross River and that the government is holding them in trust for the people, the owners of electoral sovereignty. It has nothing to do with illegal or violent overthrow of government.

The fiery Lagos lawyer, Femi Falana advised the governor to sue Jalingo for libel instead of `using machinery of the state to harass political opponents`. I am not holding brief for Jalingo but the underpin message of this piece is about freedom of the press and that those in government should be held accountable to the people. The members of the Fourth Estate of the Realm may be irritants but they are carrying out their duties. They may not be elected by the people or appointed by the government, but the 1999 constitution is clear about their roles, that the media should hold the government accountable to the people.

If you are insensitive to criticism, you have no business running for public offices. The moment you are a councilor, council chairman, state governor or president, all your actions and inactions must be scrutinized by the press. It is the burden of leadership. We must tell our politicians that nobody forced them to run for public office. The public office is held in trust for the people and the press must always keep them on their toes. Ayade as a senator and professor ought to know better. If Ayade is running his private business and spending his own money, it is none of the business of the press. But here we are talking of money that belongs to the people of Cross River State and should not be shrouded in secrecy. The eternal beauty of democracy is that power flows from the masses through periodic elections. It does not end there. Those in elective positions must be accountable to the people. If these minimum standards of democracy are not comfortable for the Ayades of Nigeria, they are free to throw in the towel.

Julius Oweh, a journalist and writes from Asaba, Delta State

When Your Net-worth Threatens Your Self-worth

The South African Hatred For Nigerians

13 thoughts on “Ayade : Journalism, Not Terrorism”