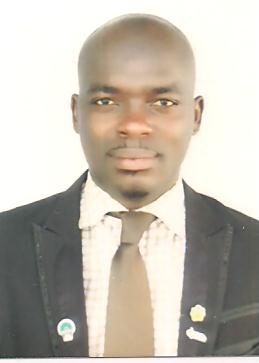 Following the Scenario that played out on Sunday Night of 19thAugust, 2018 witnessing the demolition of Ayefele Music House(Fresh F.M), which was purportedly carried by the Oyo State government in an unholy hours of the night and an unholy day marked under the law as non-official day, despite the fact that the case on same is pending in court is the greatest disservice to democracy, rule of Law, institution of Justice and standard expected of a civilized society.

I would refrain from commenting on the facts of the case because it is pending in the court of competent Jurisdiction.

However, it is essential to condemn in utmost terms the action of Oyo State Government who brazened up to tyranny andoppression of a ‘non-common’ citizen by taking away the building owner’s, (Mr. Yinka Ayefele) constitutional right to fairhearing and timely justice and embarking on what is best described a vendetta against a perceived enemy, despite the government having the knowledge of Court action on the subject matter now ‘destroyed’.

The law is far settled in the case of Military Governor of Lagos State v. Ojukwu that once an action is pending before the Court of Law and the parties concerned are aware, whether there is interim and/or interlocutory Injunction / Order or not as regarding the issues in question, such parties affected and/or mentioned as parties in the suit must maintain Statuquoi and wait for the outcome of such case being litigated upon in Court in order not to render the outcome of the court useless and/or foist a situation of fait accompli as regarding the res. See MILITARY GOVERNOR OF LAGOS STATE & ORS V. OJUKWU & ANOR (1986) LPELR-3186(SC)

The entire public is aware of several overreaching actions taken by government of this dispensation on different occasion despite the pendency of cases in court concerning the facts relating to those issues. I believe that such is most undemocratic and an iota of military junta ‘rascalities’ as of old, which had been serially condemned by various courts of our land, the apex court inclusive.

The Honourable Attorney General and Commissioner for Justice of the State, Mr Oluseun Abimbola is a man generally knownand/or acknowledged as a man of refined candour, honour, integrity and bravity whom Lawyers across-board respects and admire for his devotion to excellence and life in General. His exceptional qualities, ingenuousness, legal prowess and generalastutes cannot be over-emphasized.

The institution of justice is sacrosanct and the effect of same cannot be over-emphasized. Hence, the State HonourableAttorney General and Commissioner for Justice being the only ministry directly created by the constitution of Nigeria, aside his team of legal officers is seen as the number one legal officerand/or chief law officer of the state, who must at all time shine legal lights to the legal darkness of all actions and inactions of government in the State.

It is my belief that the office of the Honourable Attorney General cannot be relegated and/or treated with less importance by any government or any of its agencies on any legal issues and consequences of any action or inaction; because when the chips are down, The Attorney General and/or the officers in his ministry would be the there to defend any calamitous or good actions and inaction of such government, while the public opinion hangs on them like a stake attached to the neck; consequently, in the court of public opinion, they would eitherbre score in the positive or the in the negative. In the case of PLATEAU STATE OF NIG. & ANOR V. AG FED. & ANOR(2006) LPELR-2921(SC) ( P. 44, para. A ) per Uwais of the Supreme court held as follows:

“By the provisions of Section 20 of the Supreme Court Act, Cap.424 it is only the Attorney-General of Plateau State that can sue or be sued on behalf of the State.”

Section 195(1) of the 1999 Constitution created the Office of the State Attorney General. It is safe to state that the office of the Honourable Attorney General is the only office that never diesor gets vacant. It has been well argued that even if no one is appointed to occupy that position at a particular moment in time, the office continues in perpetuity. The above underscores the importance of the justice system in any given society. To buttress the above point, it is important to cite the case ofSARAKI V. FRN (2016) LPELR-40013(SC) ( Pp. 80-82, paras. D-A ) where the effect of the absence of an Attorney General from office was determined; Per MUHAMMAD, Justice of the Supreme Court held as follows:

From the above points of law and decisions which binds all within Nigeria entity, it is important to state that no Government can downplay the roles and/or importance of the office of the Attorney General.

Sequel to the above facts, It is my worry, that consequent uponthe continuous and/or willful persistent refusal of the Oyo State Government to seek and/or to have listened to the legal advice of the Honourable Attorney General of the State on the consequences of its action and inactions, especially as regardingthe above instance; and on the face of flagrance abuse of the institution of justice, democracy, rule of law and the willful refusal of Oyo State Government to constitute itself in line with the standards expected of a civilized society; particularly as regarding the justice system and delivery, I am of the opinion that the office of the Attorney General must have been treated with contempt and utmost relegation.

It upon the preceding fact, I hereby and humbly call for the resignation of the Honourable Attorney General and commissioner for justice of the State from the government of Governor Isiaka Ajimobi.

NASS Invasion: A symptom of Security Agencies’ Recklessness and Failure under Buhari

96 thoughts on “Ayefele’s House Demolition: Why the Attorney General of Oyo State Should Resign Forthwith”