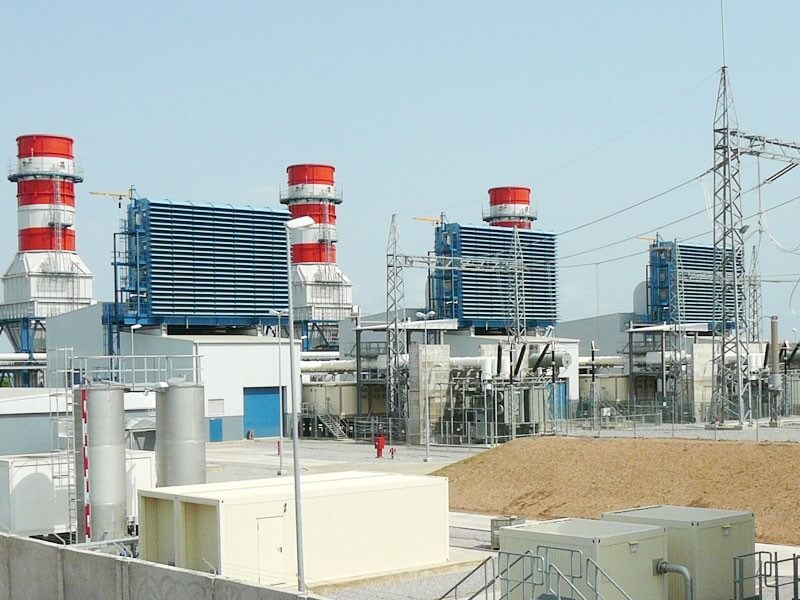 Katsina will happen and so will Kashimbila and a lot of others at different levels including mini-grids, Minister says

Over 1,500 Nigerians engaged on the Azura IPP with positive impact on host community

The Minister of Power, Works and Housing, Mr. Babatunde Fashola SAN, at the weekend inspected the 450MW Azura Independent Power Plant in Benin, Edo State, describing the project as a proof of the Federal Governmenta��s commitment to improving power generation and experience for the purpose of diversifying the nationa��s economy.

Fashola, who spoke while interacting with news men after the inspection of the Power Plant built by Azura Power, a private developer and financier of Independent Power Plants (IPPs) across Africa, said it was also a statement of a�?very clear intenta�? about the commitment by President Muhammadu Buhari to fulfill his promise of improving power generation.

The Minister, who also described the project as a statement about the commitment of the administration a�?to do everything it can to enable the Private Sector to deliver on its own specialty which is to make investments such as thisa�?, pointed out that the description was in the context that the project was facing very many approval difficulties before President Buhari came into office in 2015.

Recalling his first visit to the project, when, according to him, the foundation was being laid, Fashola stated that between then and his current visit, the Azura IPP and other surrounding communities have transformed adding, a�?The members of the communities who are providing water, food and all sorts of services to the workers who are here, have experienced a new economya�?.

Other benefits that have accrued to the communities as a result of the project, the Minister said, include facelifts to the roads leading to the project noting that even the road works the Government was undertaking from the Benin- Agho Road was affected by the development as, according to him, the drive time was shorter than when he first visited in 2016.

Thanking the development partners, JV Siemens and Azura as a brand, for its commitment and belief in the nationa��s economy, Fashola also noted, as another benefit, that over 1,500 Nigerians worked on the project.

a�?But beyond the hard work, beyond the economy, there are also jobs. Youa��ve seen people moving from one company to another. Some of the guys I spoke to in the Control Room used to work with government, some with GE, NDPHC and others, still they moved here because there are new job opportunities, and more of this will come, without a doubt in my minda�?.

a�?When we started, I talked about incremental power, this is ita�?, the Minister said, expressing the hope that the President would be there on completion of the project later this year to officially commission this project and add it to the stock of power. He added that although work was yet to finish on the project, it is already generating power.

Pointing out that the project was one of the commitments the President made in his address in January this year, Fashola declared, a�?This is one of the Power Plants; Katsina will happen and so will Kashimbila and quite a lot of others at different levels. Some of them may not be too visible in terms of Mini-grids which are being installed in the villages and communities to increase access to electricity. So we mean business and we are movinga�?.

The Minister also visited the Niger Delta Power Holding Company (NDPHC) owned 460MW National Integrated Power Plant (NIPP) in Ihovbor and the 330/132KV transmission substation evacuation facilities in Benin North where he was told that although the two lines with 1,000MW carrying capacity, would not have the capacity to carry the power from Azura, the company was currently constructing another line from the Ihovbor transmission station to Benin North to join the line coming from Onitsha in order to carry the power generated by the Azura Plant.

a�?In order to ensure that we transport power from the Benin Generation Company which is different from Azura, we are constructing another line from this transmission station to Benin Mains and then join the line coming from Onitsha. So that will enable us transport additional power from here and ensure that the power generated by Azura and from here we will be able to put on the grid for the benefit of Nigerians. It will happen and on timea�?, he said.

Also fielding questions from newsmen after inspecting the Phase 1, of the Section 1V of the Benin-Lokoja Dualization project, Ehor-Benin City in Edo State later, Fashola said Government was committed to infrastructure development as a critical foundation for the nationa��s economic revival and growth adding that it would determine how much fuel was burnt on the roads by drivers, how much time wasted on the roads and how that would affect the cost of goods and services, including food.

Also recalling that this was one of the commitments made by the President in his New Yeara��s Speech, the Minister declared, a�?So as this road moves, we expect to see shorter journey times, more efficient fuel use and that is money being saved in commutersa�� pockets and we expect to see more competitive prices of goods and services. That is our economic journey; and we will delivera�?.

He said the 47 kilometre road failed because of its muddy nature adding that the contractors, Reynolds Construction Company, was currently engaged in excavating the top muddy soil to be replaced with laterite. He said the company was also constructing two drain chambers to drain water from the top soil adding that the company had committed to making the section motorable before the Rainy Season.

a�?This was a very difficult road to travel last year. We are actually standing on the drainage facility at the lowest point of the road. Last year it was not motorable. But now the drain channel, the box cell to move water has been cast; another one has been committed for further down the road. But this road was not motorable last yeara�?, Fashola said adding that government had to make some emergency interventions that made it motorable.

a�?But the work going on here is that this entire place was mud and that was why this section fails. This is about kilometre 15 which was really horrible to navigate last year. Now they have taken out all the mud. They have excavated all the bad soil and they will now fill it with fresh laterite to establish the level of the road and continue their worka�?, the Minister said adding that the road started from around Ramat Square into Benin City.

Noting that government has paid all the contractors now engaged in road projects across the country, Fashola declared, a�?No contractor has any excuse to delay our work. Any contractor that does not perform we have our remedies. It promises to be a profitable Dry Season that heralds a motorable rainy season. This is what Mr. President committed to in his January speech that you will see this government busy with infrastructure that will lay the critical foundation for economic revival and growth; and it is infrastructure that does ita�?.

The Minister was received and conducted round the on-going road project by the Federal Controller of Works in Edo State, Engr. Oke Owhe and senior personnel of RCC, the Construction Company.