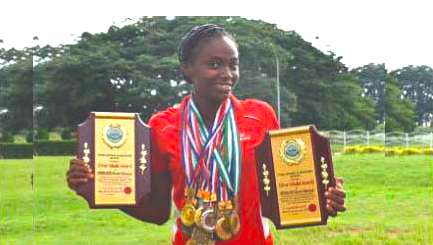 Nigeria Badminton umpire, Naomi Adedoyin Oyinloye has been upgraded as a continental certified umpire by the Badminton Confederation of Africa (BCA) on Wednesday.

The Badminton Federation of Nigeria (BFN) revealed this in a statement made by the president of the Federation, Francis Orbih. The upgrade was a result of the assesment conducted by the BCA Umpires that was held in Casablanca, during the African games in Morocco last year.

The Federation president while expressing his happiness on the success of Naomi, he stated that “It was one of the major thing we wanted to achieve when the board gave the nod for the commencement of series of Umpires Training courses which started in Abuja in 2018”.

Naomi, a product of the umpires training courses conducted by the Francis Orbih-led BFN, became the first Nigerian to be upgraded by the BCA for the first time in 20 years after five Nigerian Umpires were certified by the BCA at the All African Senior Championships in Bauchi in 2000.

CR7 Breaks his Duck after 5 hours as Juventus seals 2-1 victory over Sassuolo.

Super Falcons through to round of 16, to play Germany June 22