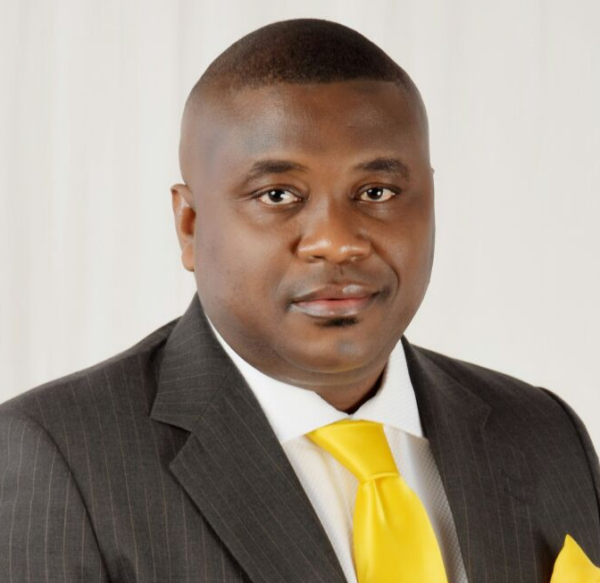 The Federal Government has written to the British government asking it to ban Senator Bassey Akpan from entering the United Kingdom.

He was a Finance Commissioner in the administration of Governor Godswill Akpabio.

In a letter by the presidency, addressed to the UK Home Office Secretary, Hon. Amber Rudd, the Federal Government also requested the UK government to freeze all bank accounts and assets linked to the senator.

The presidential panel has alleged that Akpan, while in office as a Commissioner of Finance in Akwa Ibom State, between August 7, 2007, and 2014, fraudulently acquired numerous properties scattered within and outside Nigeria.

The letter dated March 28, 2018, sighted on Tuesday, was signed by Okoi Obono-Obla, Chairman, Special Presidential Investigation Panel for the Recovery of Public Properties.

Obla stated that the move was necessitated by startling revelations arising from investigations conducted by the panel.

The letter stated that Akpan acquired stupendous wealth with taxpayers’ money to fraudulently purchase properties in the UK and other countries around the world.

He claimed that the senator acquired a number of landed properties in London, United Kingdom, through Barclays Bank of London financed mortgage to the tune of £1 million.

“The circumstances under which Senator Bassey Albert Akpan acquired all these landed properties in the United Kingdom are suspicious, taking into account that for the past ten years, he has always been a public officer and his legitimate earnings are far below the worth of the assets he has acquired in the United Kingdom,” Obla stated.

He added: “He is, therefore, by the provisions of the constitution of the Federal Republic of Nigeria, 1999 (as amended) a public officer.

“He is presently under investigation in Nigeria by this panel for illicit acquisition of assets and money laundering.

“In the light of the foregoing, I am writing to bring to the notice of the Home Office Secretary, the fraudulent acts of Mr. Bassey Albert Akpan which include money laundering activities, assets stealing, forgery, tax evasion and extortion.”

The letter continued: “It is kindly requested for the Rt. Hon. Home Office Secretary to use her powers to issue an exclusion decision on Mr. Bassey Albert Akpan from the United Kingdom and its territory pursuant to the Home Office. “Exclusion from the UK Booklet Version 1.0 page 12 under corruption cited: tax evasion, money laundering, bribery and accepting kickbacks, extortion, asset stealing, fraud and match-fixing in sport.”

Aside from the request for a UK government ban, the Federal Government has filed a case against Akpan before Justice Dimgba of the Federal High Court, Abuja, seeking an interim order for the forfeiture of undeclared assets by the senator.

Larry Ehizo, A Staff Of First Bank at Mpape, Abuja Narrates How He Coordinated Foiled Robbery In His Bank