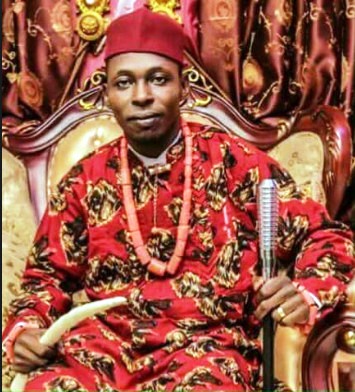 Where wealth and anarchy reign supreme, compassion fails, and honour sinks where commerce resolves the character of men. Little wonder First Bank and Unity Bank executives fell over themselves to court and please notorious kidnapper and assassin, Don Wayne, until his death.

It is an open secret that staff and management of the two banks went to extreme lengths to retain the late murderer as a client. The banksa�� big guys worshipped him and the girls in marketing as well as the banksa�� accounts officers adored Don Wayne. While Nigeria dreaded the kidnapper and murderer, First Bank and Unity Bank coveted him as a super, esteemed customer.

At the backdrop of speculations that the banksa�� accounts officers didna��t know who they were dealing with, insiders alleged that they knew the exploits and true identity of Don Wayne but their reasoning was beclouded by the intimidating savings he had with them.

The banksa�� executives ignored news of the late murderer and abductora��s activities and focused on making him the happiest customer ever. They never cared that he kept blood money with them, money made from abduction, murder and disfigurement of his victims.

Rather than alert antic orruption and security agencies about his dealings, they appreciated and supported him with various banking facilities, because they were able to meet bank targets at the expense of innocent souls. While pundits considered their earnings blood money, the banks considered it smart banking.

A highly placed security boss revealed that Don Waynea��s accounts at First Bank and Unity Bank had been frozen and would be forfeited to the Federal Government at the end of the investigation.a�?The banks are fully cooperating with an ongoing investigation which would unravel his financial transactions from the time the accounts were opened,a�? the source added.

Wayne, a notorious kidnapper and killer was killed by military men some days ago in a decisive operation.

Wayne who had more than 30 active fighters and many volunteers whom he dispatched to work for top politicians was tracked to his hideout in a sting operation.

A top official of the Department of State Services (DSS) revealed how the kidnap kingpin was tracked to his hideout in Enugu and executed by Nigerian security operatives.

Late Wayne, he said, masterminded the killing of 23 worshippers on New Yeara��s Day in Omoku, Ogba/Egbema/Ndoni Local Government Area of Rivers State. He said the decision to swoop on him was taken after he ordered his men to kill innocent residents of Omoku.

Thus the operation that led to Waynea��s death averted further bloodshed in the State, he said.

Nigerian banks will continue to face challenges in 2017: Fitch Ratings