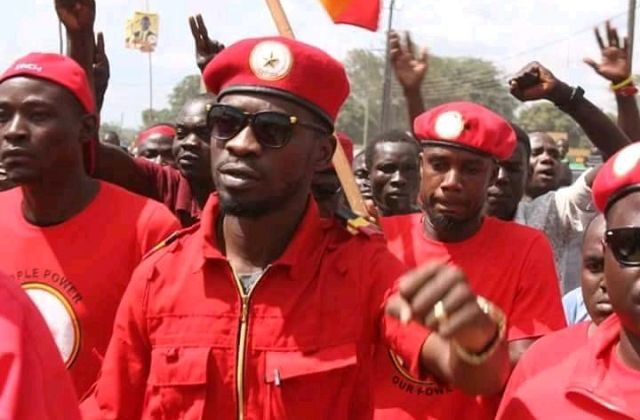 I’ve been told that, up to now, some of Bobi Wine’s songs, particularly ‘Kyarenga’ and ‘Tuliyambala engule’, are banned from being played on TVs and radios, and I think this is so wrong. The Uganda gov’t should allow Bobi to make money through his music. Even banning him from singing in Uganda is political cowardice and bullying. No wonder some kids are being bullied at school or think it’s OK to bully someone else. I’m not a fan of his presidential ambitions but I like his music, and I believe in fair game. We are teaching the kids ‘bullying’ politics,and that’s sad.

I can understand if his political songs are banned during election time, but that will mean banning all kinds of political songs. Surely there’s a difference between playing a song during normal programmes, where it could be interpreted as bias towards a party, and playing it as part of the charts which is in effect reporting the bestselling tracks of the last week. For instance, during the last General elections in the UK, I think, ‘Blurred Lines’ (song) was somehow allowed, even though it glorifies rape- because it wasn’t breaking rules about political impartiality in the run up to a general election.

In Uganda, on the other hands, it seems Mr. Museveni has got the Uganda Communications Commission (UCC) and police over the barrel, because it looks like whatever makes the president annoyed, it’s now banned. Unfortunately, we, the people, pay for the UCC to be operational, not a political party or anyone else with enough clout to bias their decisions.

Yes, we sometimes get similar problems with the BBC due to govt interference. A quick bit of research shows that BBC has a history of banning songs for political reasons, for example after Maggie died they banned “Ding Dong the witch is dead”. The BBC is governed by OFCOM, which requires impartiality- Sections 5 and 6 specifically refer to due impartiality and election periods.

17 thoughts on “Banning A Song Is Some Kind Of Bullying!”