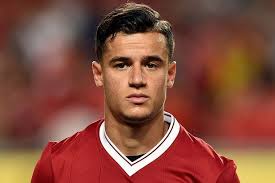 Barcelona have agreed the signing of Philippe Coutinho from Liverpool for a fee of £142m. Barcelona have put together a package worth a basic fee of £106m, plus a further £36m in variables of which £26m should be easily met.

After the £105m basic, an additional £17m would be payable for the first 100 games Coutinho plays for Barcelona, £4.4m per 25 games. A further £4.4m would be paid for Champions League qualification in the first two seasons with a £4.4m bonus for winning the competition.

Coutinho has agreed a five and a-half year deal worth £12.1m a season.

Barcelona are expected to officially confirm the arrival of the Brazilian in the next 24 hours.

14 thoughts on “Barcelona Agrees To Sign Coutinho From Liverpool for £142m.”