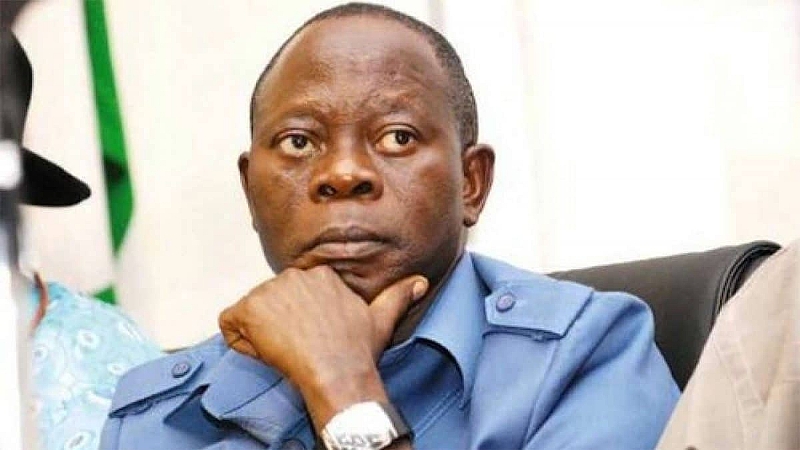 The Peoples Democratic Party (PDP) has described the statements of the National Chairman of the All Progressives Congress (APC), Comr. Adams Oshiomhole, on the ruling of the Supreme Court on the Bayelsa State Governorship election as an empty and inconsequential ranting.

The party has warned Oshiomhole, to steer clear of Bayelsa state as his apparent plots to trigger violence in the state has already failed.

It will be recalled that moments after the ruling of the Supreme Court on Bayelsa Governorship, Comr. Oshiomole made public comments where he stated; that there would be no governor in Bayelsa owing to the fact that the PDP candidate ordered by the court to be given certificate of return did not meet constitutional spread to be made Governor.

The PDP further counseled Oshiomhole to be careful with his utterances and not use any forms of venomous garrulity and clear misuse of language to destabilize our nation and truncate our hard earned democracy.

In the release by the National Publicity Secretary of the party (PDP), Kola Ologbondiyan, he described Oshiomole as a factional Chairman of the APC, the PDP made it known that the Independent National Electoral Commission (INEC) under our laws, cannot take instructions from any individual.

He further stated that, PDP, is a law-abiding party and is counseling Oshiomhole to rein in himself and desist from all odious designs against Bayelsa state, her people and government.

However, the party called on the people of Bayelsa state to remain calm as their mandate has been restored and cannot be taken away by ranting.

I had no personal political disagreement with Amaechi: Jonathan

Nnamdi Kanu to Tinubu: You have disgraced the noble Yoruba race

102 thoughts on “BAYELSA: Be Careful of Your Utterances, PDP Warns Oshiomhole”