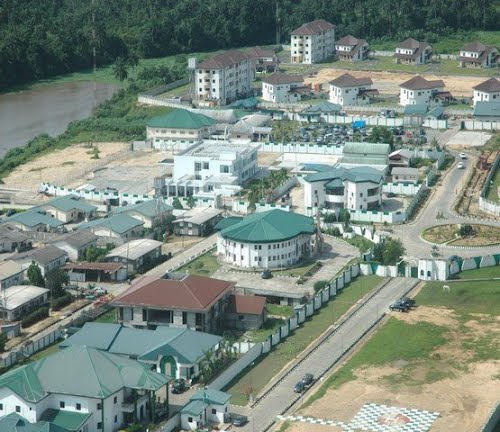 The World over, tourism is recognized as a huge foreign exchange earner. It accounts for over 10% of the Gross Domestic Product (GDP). Tourism is therefore a major player and catalyst for sustainable development. This explains why countries make huge investments in the tourism industry because of its potential to create job opportunities, improve local livelihoods, encourage economic growth and alleviate poverty.

Slovenia, a tiny country in Europe offers tourists a wide variety of landscapes: Alpine in the northwest, Mediterranean in the southwest, Pannonian in the northeast, and Dinaric in the southeast. They roughly correspond to the traditional regions of Slovenia, based on the former four Habsburg crown lands such as Carniola, Carinthia, Styria, and the Littoral. Each offers its own natural, geographic, architectural, and cultural features. Slovenia has mountains, meadows, lakes, caves, and the sea, making it an attractive destination in Europe.

The nation’s capital, Ljubljana, has many important Baroque and Art Nouveau buildings, with several important works of the native born architect JoA?e PleA?nik. Other attractions include the Julian Alps with picturesque Lake Bled and the SoA?a Valley, as well as the nation’s highest peak, Mount Triglav. Perhaps even more famous is Slovenia’s karst named after the Karst Plateau in the Slovenian Littoral. More than 28 million visitors have visited Postojna Cave, while a 15-minute ride from it are A�kocjan Caves, a UNESCO World Heritage Site.

Slovenia has a number of smaller medieval towns, which serve as important tourist attractions. Among them, the most famous are Ptuj, A�kofja Loka and Piran. Fortified villages, mostly located in western Slovenia (A�tanjel, Vipavski KriA?, A�martno), have become an important tourist destination, as well, especially due to the cultural events organized in their scenic environments. Such visits generated lots of revenue for Slovenia. German, Austrian, Italian and Russian visitors are attracted to Slovenia and the Slovenian Gove rnment rack-in lots of money.

Rural tourism is important throughout the country, and it is especially developed in the Karst Plateau region, parts of Inner Carniola, Lower Carniola and northern Istria, and in the area around PodA?etrtek and Kozje in eastern Styria. Horse-riding, cycling and hiking are among the most important tourist activities in these areas. Tourism is the taproot of the Slovenian economy.

The World Travel & Tourism Council (WTTC) has published reports on the economic significance of tourism in individual countries including Slovenia in 2016 and the prognoses for 2017. In 2017 in Slovenia, the total contribution of tourism to the gross domestic product should, according to the prognoses in the report, increase by 4.3% compared to 2016 when the total contribution accounted 12.6% of the total GDP. According to WTTC estimates, the total number of people employed by the tourism industry in 2017 will increase by 2.8%, which accounts for 108,000 jobs. Income due to the export of travel in 2016 amounted to a��2.480.1 million, while the expected growth in 2017 is 5.3%.

In 2017, the total contribution of tourism to the global gross domestic product should increase by 3.6% compared to 2016 when the total contributions accounted for 10.2% of the total GDP. According to WTTC estimates, the total number of employees in tourism on a global scale in 2017 will increase by 1.9%, which accounts for 297,896,000 jobs. Income due to the export of travel in 2016 amounted to USD 1,401.5 billion, while the expected growth in 2017 is 4.5%. Clearly, tourism is a catalyst for job creation and income generation.

Bayelsa State can be another Slovenia in the making because it parades some of the untapped tourist potentials in the West African Sub-Region. Having played a significant role in the slave trade and the legitimate trade, the State is a reservoir of tourist attractions. The Restoration Administration championed by Governor Seriake Dickson has made an avowed commitment to discourage over-dependence on crude oil by promoting tourism, which is a renewable source of revenue. When explored, the immense tourism and its value chain with be a huge foreign exchange earner in the State.

In the past, more than two administrations had made avowed commitments to develop the oxbow lake as a tourism attraction. Such commitments came as a huge relief to investors in the sector, admirers and watchers. Sadly, these lofty dreams evaporated like a puff of elusive smoke, though they rekindled genuine efforts at tourism development in the State. It was not until the Restoration Administration of Governor Seriake Dickson that pragmatic efforts are being made to develop the oxbow lake and other tourist attractions.

The administration established the Ministry of Tourism Development as well as a Bureau on Tourism. These institutions were designed to coordinate the growth of tourism in the State. Secondly, conscious efforts have been made to revamp the oxbow lake resort. Government has built a multi-million Oxbow lake pavilion for people to stay and view tourist activities such as boat regatta, masquerade display, inter-communal competition, wrestling competition, etc. The oxbow lake is now ready for use.

The Ministry of Transport has made available some transport vessels for a boat ride. This can be improved upon with bigger vessels to attract tourists. The oxbow lake has been declared a a�?no fishing zonea�? and government is making efforts to acquire the lands around the oxbow lake and make it a reserved areas for tourism. Three types of tourism will thrive in Bayelsa State. These are: cultural tourism, eco-tourism and heritage tourism and coastal tourism. As will be seen later in this article, Bayelsa State is blessed with a lot of tourist sites.

Economically, tourism is labour intensive, offering many opportunities for both skilled and semi-skilled. It also provides indirect employment in the tourism supplying sector such as agriculture, craft production and transport. Also additional employment is induced through local spending. Apart from contributions to government revenue, licensed fees paid by hotels, restaurant, tour and travel operations, casinos tourism brings in general development in the area of accommodation, transportation, telecommunication and road network are enormous.

Socially, tourism improves the living standards of the local people and helps in the improvement of the community’s facilities and services. It also helps to conserve the cultural heritage of a people an area which otherwise might be lost as a result of the urban-industrial complex. Tourism contributes immensely to the development and maintains museums, theatres and other cultural facilities.

Other tourist attractions include but not limited to the following:

2. Lake Amassoma: This has a 3km long and 500m in width, with a peculiar curving course. It is the site for the popular Seigben Ogugu Fishing and Feasting Festival, itself a popular tourist attraction, which can compete favourably with the Argungun Fishing Festival in Sokoto State.

3. Akassa Slave Tunnel Ogbokiri, Akassa, Bayelsa State Standing grim-looking houses where slaves were chained as they awaited shipment to the Americas. This is a grim reminder of the slave trade.

4. The Akassa Lighthouse: This lighthouse stands approximately 60m tall by the seaside in Akassa. This structure is reputed to be the tallest lighthouse in West Africa. Originally built in 1910, but relocated to its present site in 1912. Its purpose was to help ships coming into the inland sea ports navigate their way through shallow waters. The lighting system was facilitated by solar energy.

-Brass, In from where they administered the area during the era of a�?legitimate trade’. The consulate buildings were still in use till the end of the colonial period in 1960.

This is a cemetery containing the graves of Europeans who died during the Anglo-Nembe War popularly called the Akassa war of 1895. This war was sparked by the way the local palm oil trade was coming under the increasing control of the Royal Niger Company at the expense of indigenous traders. Nembe warriors on the company’s headquarters was led by King William Koko sacked the consulate of the Royal Niger Company. The graveyard tells a vivid story of the raid and its bloody aftermath. It is located at Twon-Brass, Island and can be easily reached from the Brass jetty.

10. The national oil museum Oloibiri, ogbia LGA: This is the first oil well drilled in 1956

13. Bronze heads Opume ogbia: These are situated in what is popularly known as a�?Edum Ebelaa�? which translates Ebela Bush. Ebela itself is believed to be an extinct civilization in Bayelsa State. There are mysterious antiques, which creativity and artistic excellence still marvel modern day artists.

21. Ogidigan Deity is the national deity of the Nembe people in Nembe Bassambiri

22. Onyoma Piri: an ancient bush where a a deity is believed to have dwelt centuries back.

For tourism to thrive in Bayelsa State the tourism industry must endeavour to develop tourism in an environmentally responsible manner recognizing that the maintenance of the natural resource base is the ultimate responsibility of the industry.

It needs to be emphasized that Environmental assessment provides a structured approach to predicting potential impacts and incorporating mitigation measures during design, construction and operation phases. Besides a range of management measures and technologies should be utilized to limit the negative impacts of coastal tourism during the operational phase. This will facilitate appropriate mitigation measures on a periodic basis. Bayelsa State should develop a tourism Master Plan for 10-years and pass it as a bill into law. Whereas the consultation of all primary stakeholders is essential, sustainable tourism requires the building of local human and institutional capacity to drive the sector.

If we sustain the momentum, in about ten years, Bayelsa will leverage tourism to create jobs, forge partnerships, generate revenue, increase her GDP and be placed on the map of the World as a foremost promoter of tourism. Yes, Bayelsa can be Slovenia of sort, with cultural tourism dictating the pace.

Chief Femi Fani-Kayode To South Africans: "The truth is that you are a wicked, cruel, heartless, ungrateful and murderous lot".

41 thoughts on “Bayelsa State: Another Slovenia in the Making”