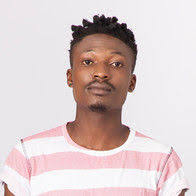 On Wednesday, The Housemates got sent outside to the yard tonight to play Truth or Dare till lights out. This time around, there was no alcohol involved and instead they’d have to drink a whole bottle of water if they couldn’t go through with what they’d been asked to do.

They grabbed their pizza and drinks before sitting on the bench next to a giant cube with either Truth or Dare sprawled along each side.

The 2017 Big Brother Naija ‘See Gobbe’ edition will end ​on​ Sunday after over 2 months of competition, drama, betrayal and intrigues.

The final will see the winner take home N25m aside other juicy prizes.

Daniel Ademinokan Cooks for Actress, Stella Damasus as they Celebrate Thanksgiving in US