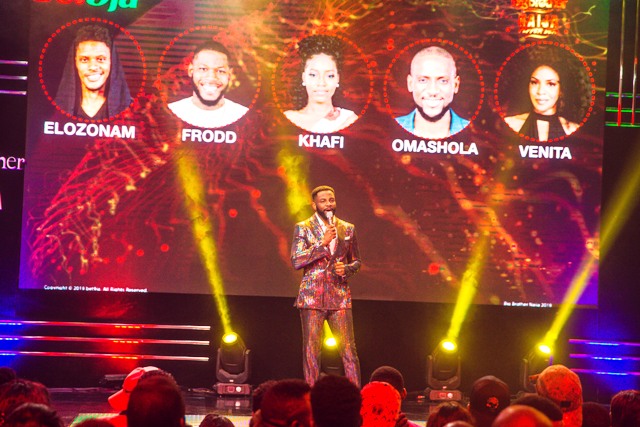 42 days after going in as a surprise participant, Nigerian model and celebrity vixen, Venita was last night evicted from the fourth edition of Nigeria’s most popular reality show BBNaija and she didn’t leave without giving fans enough to talk about.

During her valedictory chat with host Ebuka, Venita says she would want to see four contestants in the final week. She stated, “I will like Cindy, Frodd and Omashola to be there in the final week”.

Frodd, who is romantically involved with Esther was safe from last night’s eviction; while Omashola, won the Veto power game of chance yesterday.

No exact words yet on what Venita might be doing next, but many fans are already saying they expect her to milk her BBNaija exposure or everything it is worth.

7 thoughts on “BBNaija: Why Venita wants Cindy, Mercy, Omashola and Frodd to be thelast four standing”