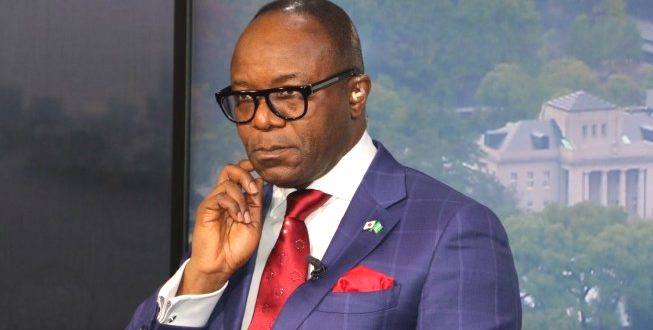 I hope that posterity will judge me kindly, not only as to the things which I have explained, but also to those which I have intentionally omitted so as to leave to others the pleasure of discovery.

Rene Descartes
History is never biased. It’s fairer than the judges that struts the earth, very impartial in dishing out judgment and merciless in reading out verdicts. History gives everyone equal time to amend our ways and even reverse backs the hands of time. It’s a leveler, only hitting the gavel once the curtain of a particular era ends.

One of such men that will stand before the throne of history is the current Nigeria State Minister of Petroleum, Dr Ibe Kachikwu. He holds the record as the first Nigerian to be the Group Managing Director of Nigerian National Petroleum Corporation (NNPC) and Junior Petroleum Minister.

Knowing him beyond his current political position will cause many Nigerians, even journalism newbie to fail questions of pioneers of journalism. Taking the path less travelled, the First Class graduate delved into journalism, becoming the first Nigerian to publish an all tales of romance, the evergreen Hints Magazine, published by his True Tales Publication.

Every lover worth his salt sailed with Ibe and his dozens of romance journalists, who regaled us with tales of behind the scenes stories of Nigerian celebrities and gave us a peep into the world of love, passion and even wild imaginations that drove away the cold during the thunderous rain.

The Abati’s, Toni Kani’s, Kayode Ajalas of this world were all journalism kids of Ibe, who ruled our emotions and pierced our hearts with hints of tales that we never knew. We only read, without knowing the brain behind it. He never mattered to us. All that mattered to us was to go to the news stand every week and get hold of our darling magazine, meant for those who have the heart to love and those who have the quest to know more. Those good old days, engraved in our hearts were all handwork of Ibe.

And just when the internet was taking over soft sell magazine, Ibe, the son of a Justice refused to be swept away, as he began another journey, picking his phone and saying ‘Hello’ to a new set of writers who began Hello Nigeria Magazine in 2013. A new baby was born, shuttling between Nigeria and Ghana, tingling our itchy ears with icons in the music, movie and fashion industry. We all read his column ‘Fatherhood with Ibe’, where he drew us to his world as a father. That was Ibe Kachikwu, who had his calling in the media but chose to draw his wealth from the oil and gas, but used it to oil journalism, setting the pace, pioneering the sector that has grown beyond his imaginations. If you never read hint and don‘t have an old copy of it today, you were truly never part of the romance world.

He has his flaws, every man does. He rocks the Achilles heels; every creature walks around with it, yet in all, his philosophy of ‘live and let live’ guides him, into managing the hubris bestowed on the sons of men.

For Ibe, service to fatherland towers the fat dollars splashed by ExxonMobil Nigeria. Perhaps, he may have taken the job for two reasons; to rescue the oil sector bedeviled by mammoth of problem and also to add political feather to his profile. He alone can give an insight on why he chose to be paid less by Nigeria than the mouthwatering six digits hammered on him in dollars.

Three years down the saddle as the overseer of the oil ministry, he has been able to escape the prying eyes of the press and scandals associated with other Petroleum Ministers. In the heat of the moment when the press roars, his experience as a publisher and a writer has come to play, refusing to be played by journalists questions, who seek to have him, say a word to use for the screaming headline.

Just when the fire got hotter and suggestions of insubordination of the NNPC GMD Maikanti Baru was boiling, the newsmaker and news writer in him took charge and refused to grant interviews or give away his body language to suggest rancor in the tower. For every of such time that he has faced the firing squad, Ibe has always come out unhurt, unscratched and given the impression that all was well. Again, only he can open up to what has truly transpired in those moment that Nigerians waited for him to speak but he chose to be silent about it, apart his one upon a time letter. Not even a hint he gave, yet he caused hints of public figures to be brought before the public as a publisher.

Ibe is not a politician. He’s a technocrat trying to wear the garb of a politician. He’s not the Nigerian moneybag who doles out money like politicians do, even though he’s a billionaire. Tales has it that he gives heavily when he believes in a cause and empowers friends to stand out. This perhaps is one reason he floated four magazines, just to make people breadwinners to their families, sustained them without adverts input.

The political terrain in Delta State where he’s the highest federal political office holder has not seen him struggle for the appellation of party leader with Otega Emerhor. This writer once accused him of using the SSS to arrest a journalist, which he quickly denied his involvement. Those around him wonder why he does not move about with security officials when he visits his hometown or use long convoy to announce his arrival to a city. Just everything political that we are used to in the part of the world is not a part of him.

History will be kind to Ibe Kachikwu. History will vindicate him as a man who came, saw and conquered the world of romance, fashion, style and hidden tales of celebrities through journalism. History will reckon with him as a man who saw tomorrow and brought it to the present through his publications. History will accord him a place of honor when the roll call is presented as one who stretched his hands from the legal sector to flourish in a different field.

History will be a fair judge to Ibe when it chronicle his days at the NNPC towers and Ministry of Petroleum office as one who came to spend his own money, enjoy the good things of life with his own dollars. When the curtain of this political era s drawn and the files dusted, he may just be the first Nigerian who mounted the saddle and left without a financial scandal.

These little things matter…
Fejiro Oliver is an Investigative Journalist, Media Consultant and Human Rights Activist. He is also the Co-Convener of Coalition of Human Rights Defender (CHORD) and can be reached on +2348022050733 (SMS ONLY) or [email protected] . Engage him on twitter on @fejirooliver86.

How Africa Civilized Europe And What They Paid Back

9 thoughts on “Be Kachikwu In The Eyes Of The Storm: What Will History Remember Him For?”