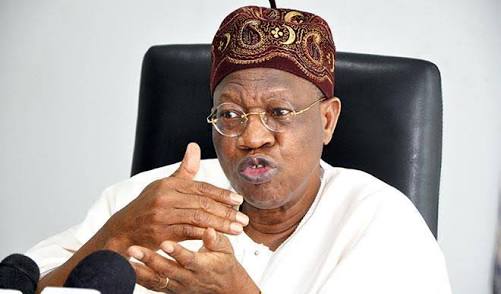 The federal government of Nigeria recently released names of alleged looters of the commonwealth of the nation with the hint that another list would be made public in due course. How soon the list or even the third and fourth lists would be released, the Nigerian public is agitatedly waiting. How many of all who are in the lists would be convicted, Nigerians are much more agitatedly waiting. I think if the process is religiously pursued and fairness cum patriotism is followed, there could be more lists than expected. But Nigerians seem not to be interested in the number of looters, they want convictions in order to sanitize the system.

The first list of looters, of course, has exposed some of those who have contributed in no small way in under-developing Nigeria and forcing her into recession. Their actions have caused the resultant hardship Nigerians have been facing. This move by the federal government is a step in the right direction. It is a warning for others who nurse the bad intention to steal from the nationa��s purse. It is also a whip on the looters and a caveat on Nigerians to be cautious of the culprits instead of celebrating or glorifying them.

Yes, the Minister of Information and Culture, Alhaji Lai Mohammed, had in the past said that 55 persons stole N1.34 trillion under the Goodluck Jonathan-led administration. Penultimate week, 29 names who took money from the office of the former National Security Adviser, Col. Sabo Dasuki (Rtd) were released. PDP chairman, former PDP financial secretary, former PDP national publicity secretary, then chairman of DAAR communications, former senior special assistant to President Goodluck Jonathan, former President Goodluck Jonathana��s cousin, amongst others, were in that list. That was a PDP list, indeed. The government followed it up on March 30, 2018 by releasing 23 names of looters, based on verifiable facts.

However, despite the government has hinted of the nest list, there are allegations that the names of members of the PDP, who had defected to the APC were conspicuously omitted from the fist list. What Nigerians want is that more of these looters should be exposed and their cases followed constitutionally to a conclusion. The Chairman of the Presidential Advisory Committee Against Corruption, Prof. Itse Sagay (SAN), believes that the 55 persons alleged to have looted N1.34 trillion under the last regime were not in the lists so far released by the federal government. In a statement, he declared that the original list included former governors, ministers and bankers. This means that the following list(s) will be full surprises.

There were reports that President Buhari was given specific names of oil thieves when he first visited the United States of America as the President of Nigeria. The report disclosed that some powerful Nigerians were stealing up to 250,000 barrels of Nigeriaa��s crude daily. Sunday Punch once reported that the Economic and Financial Crimes Commission (EFCC) had made details of over 103 high-profile corruption cases available to the office of the Attorney-General of the Federation (AGF) and Minister of Justice. The list, it was revealed, contained top-ranking judicial officers, apart from the ones arrested by the State Security Services (SSS) last year. Others in the list, the reports further detailed, were former governors, some current members of the national assembly, some current ministers and other top politicians. The reports touched on the squabble that ensued between the AGF office and the two anti-graft agencies, the EFCC and ICPC over cases relating to 31 former governors and others.

The Senate Committee Chairman on Foreign and Domestic Debts, Shehu Sani, once made a shocking revelation when he declared that at least $200 billion looted from Nigeriaa��s treasury in the last 20 years have been stashed in the United Arab Emirates alone by former public officers and their agents/fronts. a�?I am not talking about estates and bonds and other securities bought with Nigeriaa��s stolen moneya�?, he had told newsmen. Nigeria has signed a Mutual Legal Assistance with the UAE, identified by the federal administration as a safe haven for former corrupt public officials. Nigerians deserve to know the development resulting from the good initiative to repatriate back Nigeriaa��s stolen wealth squirreled away at the UAE.

The Apex Bank in the UAE once directed its commercial banks to freeze all accounts belonging to Nigerians especially the politicians. On that note, it was reported that thousands of Nigerians with bank accounts in Dubai received notices that their bank accounts have been closed in an effort to prevent money laundering, especially from Nigerian politicians who hide under the pretext of paying school fees for their children to smuggle millions of dollars into the country.The Central Bank of Nigeria (CBN) has a duty to Nigerians on this one.

Furthermore, it was once reported that the World Bank released a list of Nigerian looters. This is in addition to revelations by the President through his special adviser on media and publicity, Femi Adesina,that Nigerians hide monies meant to develop the nation in foreign countries, in a bid to avoid paying tax. There can still be a beam of light on the list of looters released by the pioneer EFCC chairman, Nuhu Ribadu, in 2007. But Reno Omokri, a former aide to former President Jonathan announced his own list of a�?real lootersa�?, apparently referring to the actual beneficiaries of fuel subsidy, those corrupt politicians found on Wikileaks, those involved in the bribery scandal involving the South African telecom giant, MTN, and revelations by Senator Shehu Sani, that the looted funds recovered by the incumbent administration have been a�?re-looteda��.

The Socio-Economic Rights and Accountability Project (SERAP) corroborated the reports. A 112-pages report recently launched at the Citi-Height Hotels in Lagos and titled: a�?Letting the Big Fish Swim: How Those Accused of High-Level Corruption are Getting away with their Crimes and Profiting from Nigeriaa��s Legacy of Impunitya�?, presented to the media by senior lecturer of law, litigation and professional ethics at the Nigerian Law School, Abuja, Dr. Esa Onoja, revealed that while the main anti-corruption agencies secured more than 1500 non-high profile convictions between 2000-2017, they could only muster 10 high profile convictions between the periods in question. According to the report, a�?In the investigation, prosecution and trial of high profile corruption cases in Nigeria, justice is imprisoned by snares contrived by actors in the legal community in aid of looters.a�?

Senior Advocate of Nigeria (SAN) and human rights activist, Femi Falana, in response to the released lists by the federal government, observed that not a single reference was made to the most corrupt institutions in the country, one of them being the Nigerian National Petroleum Corporation (NNPC). According to him, the corporation has been accused by the Nigeria Extractive Industries Transparency Initiative (NEITI) of illegally withholding $16.8 billion from the federation account especially since it cannot justify the a�?fraudulenta�? importation of fuel.

Most recently, an eye opener revealed how huge sums of money were a�?arbitrarily and illegallya�? approved for the Nigerian lawmakers by the Minister of Finance in collusion with the Accountant General of the Federation (AGF). A frontline investigative online media outfit, Premium Times, on 20th April, 2018 under a title: a�?Minister Adeosun, Saraki, Dogara, Accountant General in N10 billion fraud scandala�?, revealed that the money was released to the lawmakers as part of a secret N50 billion approved for the execution of the a�?so-called constituency projectsa�? discreetly inserted into the budgets of several ministries, agencies and parastatals of the Federal Republic. That, the report explained, was different from the a�?controversial zonal intervention projectsa�? for which N70 billion of the N100 billion appropriated in the 2017 budget have so far been released to contractors handpicked by the lawmakers. If this report is anything to reckon, then the stand of some human rights and civil society groups on NASS bribery allegations may be unarguable.

I wish retributions and repentance to the people who made the lists so far released of looters of Nigerian national treasury! Are they to be referred to as first class degree holders in looting? That is Bachelors Degree in Treasury Looting (BA,TL)! And according to the amounts stolen by each individual, they can be classified into BA and BSc, MA, MSc, PhD or Professor of Treasury looting! That is funny, anyway. Now that they are known by Nigerians and the people of the world, methinks the best option for them is to quietly return their loots back to the owners who are Nigerians. The earlier they do so the better for the country they claim to labour to build.

Notwithstanding all the revelations mentioned above, it is a fact that not all Nigerian politicians are corrupt. With such huge salaries and allowances attached to most political offices, it is amply convincing that a lot of Nigerian politicians are contented with their legitimate earnings and do resist the temptations of being corrupt or corrupted.

Warri South Constituency I Bye Election: The Power Of Unity

8 thoughts on “Before another list of looters is released”