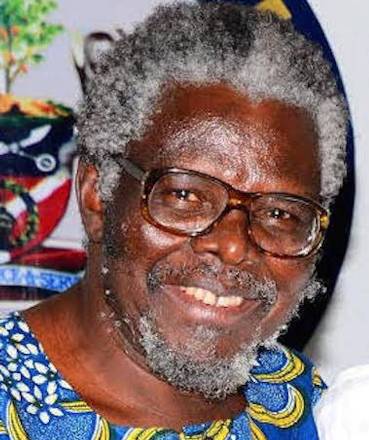 I am inviting our countrya��s popular-democratic forces, especially the Nigerian Left, to join me in looking back once again. We have to look as the Nigerian state and the various fractions, factions, groups and blocs of the ruling class now begin to take the country through another political turbulence that will end in a reconstitution of their political representation. It is this reconstitution of its a�?political classa�? that the ruling class calls election.

This opening clarification leads to an opening proposition, namely: that if the Nigerian Left consciously, responsibly and seriously adopts electoralism, it is only its participation in elections as a tangible, coherent and relatively independent political force that will begin to introduce real and unexpected contradictions in elections. A real contradiction in this context is a contradiction with both reformist and revolutionary potentials. And I say a�?relatively independenta�?, rather than a�?independenta�? in describing the popular-democratic forcesa�� electoral participation because I do not, ab initio, rule out the possibility of alliance which, if it is real, imposes limitations on the freedom of all sides in an alliance.

Historians of independent Nigeriaa��s electoral politics usually begin the narrative from the federal election of December 1959. This was the election which the history books say determined the power structure which British colonialism left behind as it withdrew from Nigeria on October 1, 1960. Between that election and now, 58 years later, Nigeria has had nine other federal or national elections: 1964, 1979, 1983, 1993, 1999, 2003, 2007, 2011 and 2015. Leftists had participated in all the 10 elections. And, by Leftists I mean, broadly speaking, socialists as well as progressives and radical democrats who, even if they are not socialists, are not anti-socialist. The central question here is how Nigerian Leftists have so far participated in elections.

This central question may be put in context by locating each of the 10 federal or national elections in the political period it belongs. Nigeriaa��s First Republic is generally understood to be the period between October 1, 1960 and January 15, 1966, the date of the first military coup da��etat. This designation has come to stay although Nigeria did not become a republic until October 1, 1963, three years after independence. Only the 1964 election falls into the First Republic. Similarly, only the 1983 election falls under the Second Republic (October 1, 1979 a�� December 30, 1983). The Third Republic defined only by when it ended (November 17, 1993) and not when it started (when, please?) had no election within it.

The Fourth Republic, the current one, started on May 29, 1999. Four general elections have so far taken place in this period: 2003, 2007, 2011 and 2015. The remaining four elections, that is, those of 1959, 1979, 1993 and 1999 do not belong to any of the four republics and may be called transition elections. The first of the four was conducted by the British colonialists while the other three were conducted by military regimes: General Olusegun Obasanjo (1979); General Ibrahim Babangida (1993) and General Abdulsalami Abubakar (1999).

Nigerian Leftists participated in the 1959 transition-from-colonialism election in one or more of four forms: as members of large and well-established ruling class parties; as members of small self-determination or radical-reformist parties; as members of small Leftist parties; or as independent candidates or supporters of independent candidates. The large ruling-class parties were the Northern Peoplea��s Congress (NPC) led by Alhaji Ahmadu Bello, the National Council of Nigeria and Cameroons (later, the National Council of Nigerian Citizens) (NCNC) led by Dr. Nnamdi Azikiwe and the Action Group (AG) led by Chief Obafemi Awolowo. In the last decade of de-colonisation, that is, (1950-1960), these three parties, especially the AG and the NCNC, had received large numbers of young Leftists, including Marxists and labour activists, who had been dislodged from their independent formations by colonial repression. The Leftist entrants into the AG, with support and encouragement from Awolowo himself, transformed the party ideologically.

The small radical parties included the Northern Elements Progressive Union (NEPU) led by Mallam Aminu Kano and the self-determination parties included the United Middle Belt Congress (UMBC) led by Joseph Tarka. While NEPU was allied to the NCNC, UMBC was allied to the AG. Each alliance fielded a single slate of candidates. The small Leftist parties only participated in the election symbolically and for ideological and educational reasons.

In the 1964 federal election, the only federal election that took place in the First Republic, the 1959 forms of Left participation again appeared. By now the Leftist parties and groups had increased and enlarged. Beyond this, however, was a new development: a number of Leftist parties, including the Nigerian Labour Party (NLP), joined the AG and the NCNC in an alliance called the United Progressive Grand Alliance (UPGA). This was a mega-alliance whose component members included NCNC, AG, NEPU, UMBC and NLP. The alliance survived the December 1964 election and the supplementary election of March 1965. It then went on to fight the very bloody October 1965 Western Regional Election. The mass uprising generated by the last election led directly to the January 15, 1966 military coup da��etat.

The 1979 general election was a transition election: transition from the 13-year military dictatorship (1966-1979) to the Second Republic (1979-1983). By then several things had changed: the country had moved from the parliamentary to the presidential system; parties now had to be officially permitted and registered to participate in the contest; only very rich parties or parties of very rich people could satisfy the conditions for registration; participation as independent candidates had been abolished; and elections had become much more corrupt than they were in the First Republic.

For the Nigerian Left, the 1979 general election marked a sharp and tragic turn in the trajectory of the countrya��s electoral politics. In the first place, the huge material/financial conditions placed on the registration of political parties almost automatically ruled out genuinely Leftist parties. In the second place, the elimination of independent candidacy placed a stiff choice before intending Leftist candidates and unregistered and unregistrable Leftist parties.

This choice can be put like this: a�?Abandon your electoral ambition or come and seek a chance in one of the registered and registrable partiesa�?. In the third place, since the big registered parties knew that the unregistered leftist parties and candidates could not participate in elections without coming to them, they imposed tough conditions on collaboration. The main condition invariably was: a�?Withdraw publicly from your platform and publicly join us. But you must join us as individuals, not as groupsa�?.

This situation may be summarized this way: From the 1979 general election onwards the genuinely Leftist parties could participate in electoral contests in Nigeria only by liquidating themselves as they were and as they presented themselves. It was then that history presented the silent revolutionary alternative: a�?But if you must still participate in Nigerian elections, then you must adopt, or rather, return to, dialectics. That means: differentiate between form and content; or rather, while retaining the revolutionary content, adopt two forms a�� one for elections and the other for the permanent democratic struggle of the masses.a�?

This strategic change, if adopted, frees you to seek alliances. For accessible historical illustration: First, check China in the years between the Japanese invasion and the end of Second World War. The alliance in mind here was the one between the Chinese Leftists and the Nationalist Party (Kuomintang).

After this, turn to the post-Second World War history of the United Kingdom of Great Britain and Northern Island and check the alliance between the various wings of Irish nationalism.

For contemporary illustration, turn to South Africa and check the Tripartite Alliance between the African National Congress (ANC), the South African Communist Party (SACP) and the Confederation of South African Trade Unions (COSATU).

Nigerian Govt Has Crossed The Redline Of Nation Building

Herdsmena��s Menace and a rare Panacea

33 thoughts on “Before the next round”