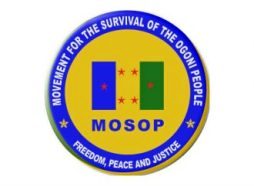 The toxicity level in Ogoni today is such that we can conclude that Ogoniland is currently awaiting its formal burial. The death of everything – land fishes, seas, vegetation, men, women and children are expected as pollution has turned everything including foods and water into toxic products.

The genocide in Ogoniland and the entire Niger Delta may eventually be difficult to redress if nothing is done to help now. This amounts to gross human rights violation, but is truly regrettable and unfortunate as it is being prosecuted with the endorsement of our own government. Nigeria has aided a third party, Shell in this instance, bring death to its own people and nothing is being done to punish or at least remediate.

One study by MOSOP (Movement for the Survival of the Ogoni People) reveal that 4 out of every 10 child born in Ogoni will die in 90 days. Another study by a Swiss professor shows the death rate is as high as 70 percent within 3 months.

Despite these terrifying reports the Nigerian government continue to encourage the oil industry whose sole aim is to further plunder our resources and trample on our collective dignity as a people sponsoring local actors against the collective position of our people as articulated in the Ogoni Bill of Rights and driven by MOSOP, thereby creating a potential for crises in Ogoniland.

One major strategy of the oil industry and the groups they sponsor is deceit. Currently their is a battle between the supporters of Robo Micheal and those of Belema Oil. Those who are sponsored by Belema Oil see nothing good in those sponsored by Robo Micheal and vice versa. Government and the oill industry in Nigeria hopes that their divide and rule tactics will defeat the collective wishes of the Ogoni people which MOSOP insists must be respected.

The Movement for the Survival of the Ogoni People (MOSOP) has prescribed a multi-stakeholder dialogue involving the three principal parties to the conflict namely, the federal government of Nigeria, Shell and MOSOP (representing the Ogoni people). This process has to be driven by a negotiator. But the government refers a divide and conquer approach driven by the oil industry notably Shell, Belema Oil, the NPDC and Robo Micheal Limited.

MOSOP insist that the Ogoni struggle is not just about oil. It is about the rights of the Ogoni people as a distinct ethnic group within Nigeria whose resources have been plundered by the government and Shell overtime. It is about the Ogoni people who have made significant contributions to national budge, a people whoe oil revenue is been shared among the majority ethnic groups in Nigeria and nothing goes back to the people.

MOSOP insists that the rights of the Ogoni people as Nigerians must be respected and we must function within Nigeria as Ogoni people. This must begin with the creation of an Ogoni state that guarantees that a fair portion of our resources must be used for Ogoni development.

Government on the other hand is earnestly attempting to trivialize the Ogoni issue and reduce it to the environmental question playing down on the demand for political rights to self determination which guarantees our dignity as Nigerians.. This has only always ridiculed the human rights records of the Nigerian government and prolonged the conflict.

Nigeria must face the realities about the Ogoni situation and understand that the continuous denigration of political, economic and environmental rights of the Ogoni people with an attempt to sponsor discordant voices through the oil industry operators has only aggravated the problem and moved us miles away from whatever progress had been achieved towards a peaceful settlement.

The Ogoni cleanup report by the UNEP had offered a window for dialogue. The government, if truly concerned about progress and development of Ogoni should have used this opportunity to open discussions on the issues of political and economic rights. But unfortunately, there had been more lies than truth coming from official government circles.

While the government and the oil industry continues to disregard the call for a dialogue, Shell alone has spent on image building, over 50million dollars which should have gone a long way in building the confidence of the Ogoni people in the lazy-loaded clean-up programme being frustrated by lack of funds.

Belema oil is doing the same thing, donating loads of rice and money to buy favour from perceived key local actors. Robo Micheal and the NPDC are not different. Very recently, MOSOP uncovered a fraudulent communication from a group sympathetic to Robo Micheal attempting to misrepresent its position and had to disown the falsified statement.

Belema Oil and Robo Micheal are currently the principal actors sponsoring crises in Ogoniland and should be held responsible for any breakdown of the peace currently prevailing in the area. But this is in sleek alliance with Shell, the NPDC and a tacit endorsement and support from the Nigerian government whose military is continually deployed to repress any resistance seeing to project the true wishes of the Ogoni people.

The Nigerian government and Shell appear not to have learnt from the past. They still probably believe in the recommendations of Major Paul Okuntimo, the then executioner of the Ogoni people, who suggested “Wasting Operations” as a way of securing Shell’s re–entry into Ogoniland.. Okuntimo’s wasting operations meant divide and rule,, causing inter and intra–communal crises, shooting indiscriminately and killing the Ogoni people.

Unfortunately over eighteen years of democratic rule has not shown that Nigeria is willing to respect human rights and allow peace to reign in Ogoniland. For the Ogoni, its been a costly struggle in which a generation of leaders have been lost.. But we are more hopeful than ever before.. I repeat,we are more hopeful than ever before. Freedom is coming but all Ogonis must remain peaceful standing for non-violence. Freedom is coming

Fegalo Nsuke is the Publicity Secretary of the Movement for the Survival of the Ogoni People (MOSOP). He wrote from Port Harcourt, Nigeria.