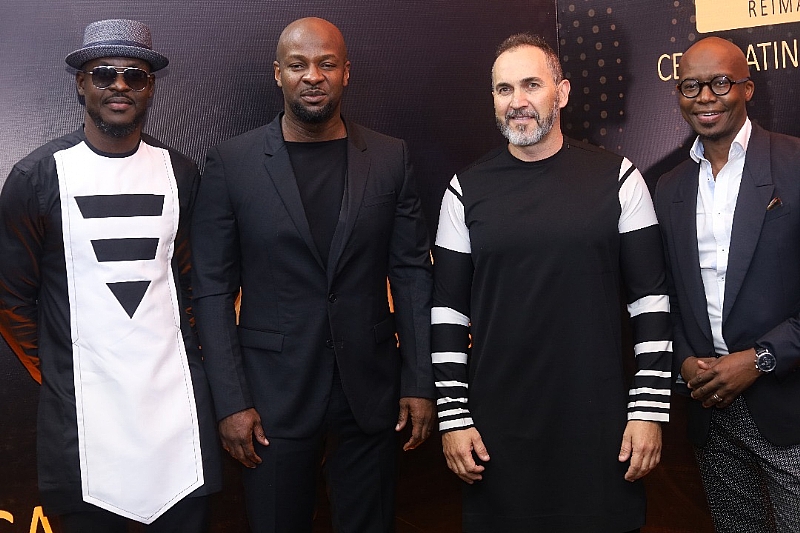 At a star-studded exclusive event which took place at The Wings Event Centre, Victoria Island on Saturday, February 8th, friends and family of Alex Okosi, the outgoing Executive Vice President and Managing Director of ViacomCBS Networks Africa and BET International, celebrated him for his significant contributions in Reimagining Africa and transforming the Media and Entertainment Industry since he took up the mantle of leadership on the continent 15 years ago.

The evening was hosted by popular media personality, Tolu ‘Toolz’ Oniru-Demuren and ace comedian Bovi. In attendance were captains of industries across different sectors who collaborated with Okosi and his team over the decade and a half from Founder Silverbird Group, Ben Murray-Bruce; CEO of Megalectrics Ltd, Chris Ubosi; CEO Livespot360, Deola Art-Alade amongst other economic leaders.

Okosi, since launching MTV Base in 2005, has spearheaded the development of the ViacomCBS Networks business on the continent, which now delivers more channels to Africa than any other international network – reaching 100 million viewers in 48 territories across MTV, MTV base, Comedy Central, Nickelodeon and BET. He bids ViacomCBS adieu after almost 2 decades at the helm of different roles including BET International at the global company.

Detailing his journey from an Intern in 1998 to Executive Vice President and Managing Director, Okosi who is moving to YouTube EMEA to take on a new role said, “What began as a vision and a passion 15 years ago has been realised even beyond my initial expectations when we first pressed play to African Queen in February 2005. It’s taken a number of committed and hardworking people over the years to bring this dream to life and I’m immensely grateful for the industry trust and support as we forged forward to achieve the impossible.”

The Nigerian-born US-educated media stalwart went on to chronicle his journey on launching MTV’s 100th channel in Africa to traversing the challenges and highlighting the achievements that have contributed to his Africa Reimagined vision.

Okosi extended his gratitude to his fellow colleagues, industry friends and guests for joining in the celebration and send off saying, “I am truly comforted by knowing that we have a team who can take on the task ahead with vigor and experience to carve a unique space together with you in ViacomCBS and African history. You all have the opportunity and power to continue to drive change, to create opportunities for our youth, the industry and our continent.”

80 thoughts on “Ben Murray-Bruce, Rita Dominic, 2Baba, D’Banj, Others Join Alex Okosi’s Celebration As He Bows Out Of ViacomCBS”