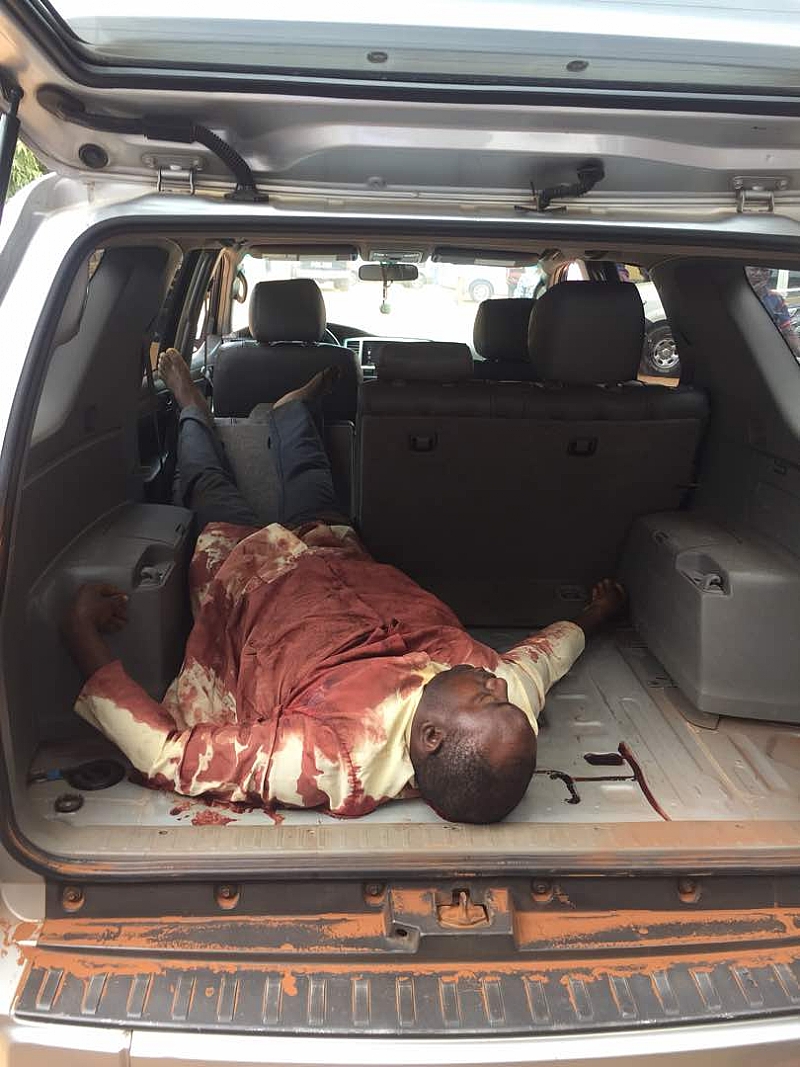 (Intersociety Nigeria: 25th April 2018)-The butchering of not less than 19 worshippers of St Ignatius Catholic Church, Ukpo-Mbalom in Gwer East Local Government of Benue State in the early hours of Tuesday, 24thApril 2018 has further and irrefutably confirmed that the wave of killings by the Government protected Fulani Herdsmen across the country particularly in the North-central and Northeast are totally designed to wipe out Christian population, destroy their sacred places of worship and institute radical Islamic Caliphate in Place.

Specifically, these killings in the name of Islam are carefully designed and systematically executed at two-phase plans and aimed at wiping off members of the Nigerian Christian Faith and other non Muslims particularly in the Northeast, North-central and Northwest with estimated 30m Christians. The first phase of the killings is already on and taking toll on Christians in Northern Nigeria while the second phase is already close in the Southeast and South-south with 98% Christian and other non Muslim population; ready to be triggered off anytime at the sponsors and perpetratorsa�� beck and call. The Jihadist conquest is also designed to take over the Southwest where roughly half of the population or more are members of the Christian faith and other non Muslims.

Contrary to Federal Government and its sponsored media false claims that the killings, exclusively directed at carefully mapped and identified Christian populations and their sacred places of worship in Northern Nigeria, are as a result of a�?Fulani Herdsmen-Farmers clashes over grazing rights and permissionsa�?, the latest disruption of early morning mass service and massacre of 19 innocent and defenseless worshippers including two Rev Fathers, two catechists and 15 lay members as well as similar butcheries across the country since mid 2015 have further shown the contrary and exposed the present central Federal Governmenta��s litany of lies against all Nigerians and members of the inta��l community inclusive of local and inta��l Christian populations.

It is recalled that the marauding Fulani Herdsmen recognized by Nigeriaa��s body of laws as a�?Miyatti Allah Cattle Breeders Association of Nigeria (MACBAN)a�? with President Muhammadu Buhari as their grand national patron, had in the early hours of Tuesday, 24thApril 2018 invaded St Ignatius Catholic Church during its morning mass service and butchered the duo of Rev Fathers Joseph Gor and Felix Tyolaha as well as two catechists and 15 members of the Parish Laity.

According to a short statement released by Rev Father Ortese Jude Ortese (CSSp), Rev Father Tyolaha died on the spot while Father Joe Gor died shortly after. Independent reports also have it that the killers stayed put hours after their dastardly act with no security personnel in sight until the Church youths and sympathetic others mobilized for protest, when security personnel including members of the JTF emerged in Benue State emerged from nowhere and flooded everywhere to protect the Muslim population in the area.

It is also recalled that the dastardly act occurred barely two days after our investigative statement of Sunday, 22ndApril 2018 calling on Christian leaders in Nigeria to wake up from their slumber and face the reality of growing and untamed wave of killing in the name of Islam in Nigeria. The statement, titled: Imminent Extinction Of Christianity & Rise Of Islamic Caliphate In Southern And Old Middle-Belt Nigeria & Lessons From Global Killing Of 270m Christians & Ors Since 622AD By Political Islam, also catalogued the killing in the name of Islam around the world dated back to 622 AD or past 1400yrs. A copy is attached below.

In Nigeria, apart from the massacre of over 3m Christians dominated by native Igbo Christians on account of Nigeria-Biafra Civil War of 1967-70, the statement further traced the origin of killing in the name of Islam in Nigeria to 1945 in Jos during which dozens, if not hundreds of native Igbo Christians were slaughtered by Muslim fanatics in the area.

The complicity of the present central Government in the ongoing wave of killing in the name of Islam in Nigeria rears its ugly head as days go by and chronicled in the following pieces of evidence. Among them is the gross lopsidedness in the composition of the countrya��s security and policing positions and formations and adamant refusal of the same Government to address it despite several and consistent clamors and outcries; likewise introduction of Jihadist cattletocracy or Fulani Cattle Ranch policy as a national security policy in the country, known for its multiplicity of tribes and religion.

Other pieces of evidence are present national policy of media censorship including labeling of the killings as a�?Fulani Herdsmen-Farmers clashesa�?; likewise secret presidential directive to public office holders in the killing areas of the country to stop speaking to the local and inta��l media on the killings or disclosing details of the killings. This was recently disclosed publicly by some Local Government officials in Benue and Kogi States, etc.

The rest are the failure and refusal of the Federal Government to crack down on the killer Herdsmen including proscription of its organization (MACBAN) and arrest and prosecution of its leaders and field perpetrators and retrieval of their offensive rifles especially AK-47s. The present central Government further exposes its complicity and insincerity by failing and refusing to allow independent international investigations into the butcheries including extension of presidential invitations to the United Nations Security Council (UNSC) and Prosecutor of the Inta��l Criminal Court, UN Human Rights and Humanitarian bodies.

A� Emeka Umeagbalasi, Board Chairman