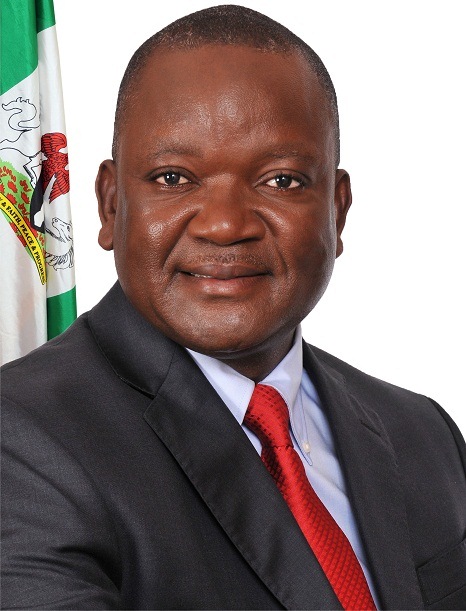 Certainly, Nigerians now know there is a serious leadership deficit in Benue state. Since Governor Samuel Ortom assumed the mantle of leadership of this agrarian state in May 2015, peace and progress have eluded the 42-year old state very pathetically.

Whether it is by fate, ill-luck or design, what is incontestable is that Benue has wobbled from one calamity to another, in the last three years under Gov. Ortom. The people are tormented, traumatized and oppressed in multiple ways by a government which is overtly very insensitive to the feelings of the masses.

And the afflictions are multifarious. If flood is not displacing thousands of people in the state; armed militia allegedly sponsored by the state are visiting the people with mass killings or deaths resulting from months of unpaid salaries and pensions. Before the pain is absorbed, workers who are alive are branded ghost workers and sacked.

At every point, Benue peoples have found themselves groaning under the leadership of Gov. Ortom. Even the burden of the Israelites under King Pharaoh was not as heavy as what Ortom and his cohorts have inflicted on the people of Benue.

Unfortunately, the people cannot point to any development project initiated by the Ortom administration in the three years of his government. But what has arrested his mind is how to retain power beyond 2019 and he has indulged in very subterranean destructive plots against his own people.

And to complete the circle of evil of Benue, Gov. Ortom until, yesterday, he planned the sale of the few surviving government companies and industries under some phoney deals. It took the sustained pressure of the people for him to rescind the decision. But his mind is still on it, as he said, the decision is suspended to allow for wider consultations with stakeholders.

But of all the tribulations of the state, the herders and farmers crisis appear to be the most stubborn fly to kill. And it has steadily assumed the character of terrorism. But to the less critical mind, especially Gov. Ortom’s acolytes, the official rehearsals’ and veil provided by Governor in the guise of the implementation of the anti-open grazing law is enough justification to trumpet his innocence.

But beyond the veneer, the shadows in the prolonged herders/farmers crisis unearth very frightening images of state complicity and even sponsorship of the mass killings of its people.

The Army’s arrest of a Boko Haram suspect and leader of the Benue State Livestock Guards Aminu Yaminu or Aliyu Teshaku is gradually divulging some vaunted secrets on the spate of killings imposed on Benue state.

It is still a mystery why Gov. Ortom would find anybody with Boko Haram links worthy of appointments as his special aide. So, preliminary investigations by security agencies indicate that Aliyu Teshaku is the mastermind of the recent killings in the state, including the attack on a Catholic Church in Mbalom, Gwer East LGA of the state, in which at least 16 worshippers’ were killed, including two catholic priests.

And security agents have further established that before Teshaku’s unexpected arrest, he had completed plans with his terrorists kingpins in Bauchi, Borno , Yobe and Nasarawa states to visit Benue with more severe carnages. More chilling and baffling is the speculation that N1.6 billion is allegedly found in Teshaku’s personal account. This cannot be ordinary co-incidence.

Nigerians who are keenly interested in what is happening in Benue state would recall that despite the stagnation of development in the state and Gov. Ortom’s failure to pay salaries and pensions. He has always explained it as paucity of funds. But the EFCC is trailing him and some of his aides over the alleged withdrawal of N18 billion from the treasury for no apparent reason.

The EFCC is reportedly investigating the Governor and some of his aides over the withdrawal of N18.830 billion deposited in GTB, UBA and First Bank accounts’ by Messrs Oliver Mtom, Aorga Emmanuel and Ochoga Peter. And the report further alleged that the three aides confessed to the EFCC of undertaking the withdrawal of the stupendous amounts on behalf of the Governor.

And suddenly, Teshaku who is arrested in connection with the Benue killings is alleged to have a colossal sum of N1. 6 billion in his personal account. Teshaku has no known business or source of income. And his total emoluments as a Governor’s aide cannot allow to accumulate such fortune in his bank account. So, one can conveniently guess the source of his funding.

Agreed, other states in the federation are also under the spell of killings. But the case of Benue is exceptional and it is safe to guess that the anti-open grazing law and mindboggling corruption thriving in the Ortom government are the prime reasons oiling the killings.

The arrest of the nine JTF members in January offered the first clue. The suspects confessed during interrogation that they were sponsored, paid monthly stipends by the government. It explains why the killings’ have refused to extinguish because people are making huge political capital out of it.

Therefore, Ortom merely used the anti-open grazing law as a spark or cover to keep the state in perpetual conflagration and torment to divert attention from his irredeemable failures. But the arrest of Teshaku and his confessions’ have again lent credence to the allegations.

Herders and farmers have always had crisis or disagreements which are settled amicably between the parties without external interferences. It is curious that the current crisis rocking the state, which started in December 2017 has refused abate.

In the recent revelations by Teshaku, it can reasonably be inferred that the state actors, led by Gov. Ortom know their complicity in the crisis. And it appears they are working day and night to upscale the drama of mass killings, to permanently sway attention away from their inadequacies in governance.

But nemesis is a deafening conqueror, which comes knocking when one least expects and Teshaku's confessions would certainly unveil the whole truth in due course.

It is only wise for Governor Ortom to surrender himself to the International Criminal Court of Justice (ICC) for prosecution. He should not wait to be told. The time to quit office and do the needful is now.

Ali Agada, PhD is a Benue citizen and contributed this piece from Festac Town, Lagos.