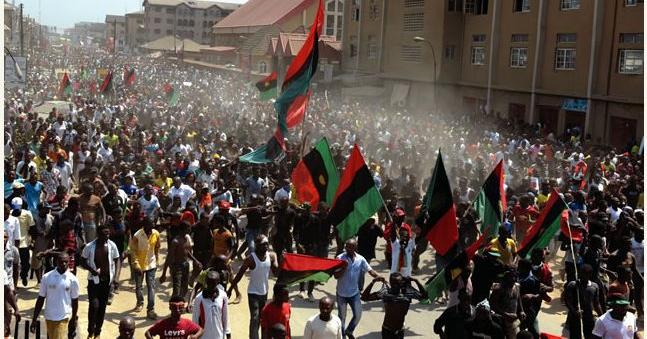 In a landmark decision, the ECOWAS Community Court of Justice, otherwise called the ECOWAS Court, last week ordered the federal government to clear live landmines, bombs and other remnants of dangerous weapons left behind during the civil war. The court also awarded damages to victims of the negligence and costs to clear the post-war lethal materials still littering some communities in 11 states in the South East, South South and North Central. About 302 communities cutting across Benue, Enugu, Abia, Cross River, Ebonyi, Delta, Akwa Ibom, Rivers, Anambra and Imo States were affected.

The case started in 2012 when some civil war mine victims dragged the federal government before the ECOWAS Court to demand compensation as well as rehabilitation of their communities. But on October 24, counsels to both parties filed an application for an out-of-court settlement, on grounds that they had reached agreeable terms. The snag in the story is that the suit for compensation for the Biafra war victims was instituted by Deminers Concept Nigeria Limited, a company owned by Bala Yakubu, a retired military officer.

Meanwhile, the primary purpose of the suit was commercial: to secure the patronage of the federal government on demining the region of unexploded ordinances. That perhaps explains the terms of the judgment. While N50 billion will go to 493 identified victims of these unexploded ordinances, the remaining N38 billion will go to the company, owned by a retired military officer believed to be connected to some people within the current administration.

In granting their wishes, the court ruled that the federal government should “pay, without delay, compensation in the sum of N50 billion in full and final sum to the victims, their families and communities” and the sum of N38 billion “for the purposes of carrying out total demining and destruction, rebuilding of public buildings, mine centre activities, construction of classrooms” and other facilities. In addition, the federal government was expected to establish a National Mine Action Centre in Owerri, Imo State, for victims in the Southeast. The court asked that the government should make the settlement in “a reasonable time, not exceeding 45 days” from the day of the judgment.”

Ordinarily, we support the idea of demining the affected areas. Biafra, the violence and all the emotive issues connected with it kept recurring in our national landscape 50 years after its declaration and 47 years after the end of the civil war because of the arrogance of power and the ineffectual handling of many of the after effects of the 30-month war. The mines and bombs, many of the crippled and handicapped, are constant reminders of the brutal civil war which claimed more than one million lives.

To the extent that genuine grievances must be addressed in the interest of national cohesion and stability, meeting these communities midway in an out of court negotiation to find solution and a possible closure to a sore and politically explosive issue is the right way to go. But questions are being raised as to why a government that is notorious for disobeying court orders would obey this particular order. This is against the backdrop that the same regional court had given rulings in the past that were obeyed in the breach by a government that has also shown scant regards for many rulings from our local law courts.

The pertinent question that therefore arises is: Did the federal government settle out of court in a bid to bring succour to innocent victims of the civil war who are still living with the trauma or is it because of some personal interest?

Until that question is answered, it will be difficult to believe that the federal government decision on this matter is altruistic.

Did the federal government settle out of court in a bid to bring succour to innocent victims of the civil war who are still living with the trauma or is it because of some personal interest?