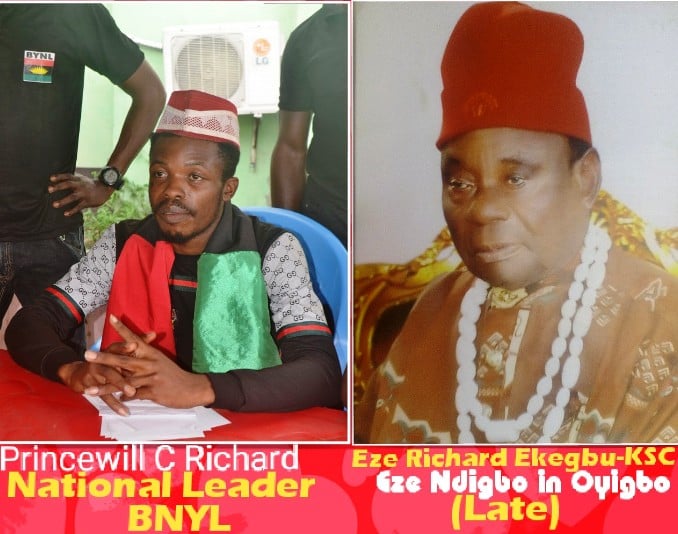 Biafra Nations Youth League, BNYL have reacted to the warning directed to the Indigenous People of Biafra , IPOB by the Oodua People's Congress, OPC. IPOB and BNYL had earlier accused the Yorubas of attacking the Igbo people in Lagos State.

National Leader of BNYL, Princewill Chimezie Richard dismissed OPC's statement. The group stated nobody or group can chase away Igbo people and other tribes of the Eastern region residing in Lagos.