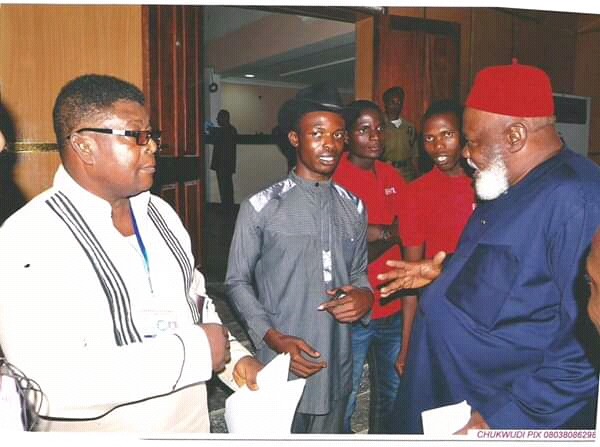 The national leader of BNYL, Princewill Chimezie Richard said the news about his death came to him early on Saturday by a phone call from a journalist who confirmed the death.

“I received the information with shock, because I was with Debe not up to a month ago when I visited to talk about the current political heat in Nigeria, after which I moved down to Calabar to hold meeting with the BNYL officials. At some point we wanted him to speak on something, then we had another appointment in Lagos before 20th. I told him I will be sending the press to interview him. I was still in Lagos mobilising the press. I called him to notify him I will be coming to his office soon after I am done, but he stopped picking calls. I moved down to his office but it was locked. I went to his wife's restaurant inside Nnewi Building at Apapa Wharf but she was not there. So I left and the next day I moved down to Port Harcourt but not without trying his line, yet no response. I sent him a text messages but no reply. From 27th of October, his phone was switched off. I began to wonder what has happened, only to get information yesterday before it went viral online that he was gone”

The BNYL explained Debe's role in the Biafra struggle, the group and his contributions in the South East, “When I knew Debe was when the BNYL was founded in 2013, he was part of the process, and has been playing advisory role.

Aside that he was active in the renewed Biafra campaign being a member of the Supreme Council of Elders of IPOB led by Rtd Justice Eze Ozobu and the Former President of Ohanaeze Ndigbo, Dozie Ikedife respectively, a case was initiated in Court against Nigeria by an international lawyer, Emeka Emekesiri at Owerri in 2013. That case was championed by him being the lead counsel. Until his death, he speaks without mincing words. He was a great contributor to the development of the South East. He was part of the process of the formation of Alaigbo Development Foundation, an Igbo group championing development and now restructuring after the 2014 Igbo international colloquium at Enugu which prepared the position of Ndigbo at the Goodluck Jonathan's Sovereign National Conference.

A lot of contributions from him that I cannot mention”

Statement By UNILAG On The Allegation Of Sexual Harassment Involving A Lecturer In The University.