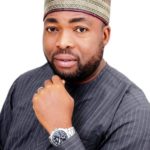 There is hope for students of one of the premium polytechnics in Nigeria, Auchi Polytechnic, Auchi, Edo state, following a Bill to convert it to a full fledge degree awarding University.

The Bill which has passed its third reading by both houses of the National Assembly and House of Representatives is awaiting assent by President Muhammadu. This would automatically convert the Polytechnic which is in the categories of first-class polytechnics in the country to the University of Technology.

Speaking with newsmen in Asaba, Saturday, National President, Auchi Polytechnic Alumina Association, Mr. Victor Okhaimo, disclosed that the institution which is to mark its 36 years of existence now have three campuses with infrastructures that better places it to be converted to a University status.

According to Okhaimo, the school has witnessed a lot of manpower upgrade up till Doctorate degrees by staff, stressing that a school with a University status would need a Vice Chancellor that would be able access and reach out to wide opportunities compare to been just a Polytechnic.