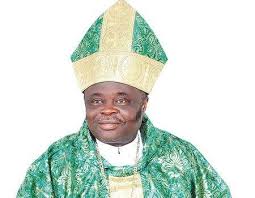 The Lord Bishop of Methodist Church Nigeria, Diocese of Ogbomoso, Bishop Ademola Moradeyo has threatened to shut down the Ogbomoso-Oyo dual carriage road on 1st of August, 2018 if the Federal Government fails to complete the road project.

Speaking at the funeral ceremony of Mr. Johnson Abiodun Fawole, one of the three Secondary school Principals who died in a ghastly motor accident along the old Ogbomoso-Oyo road last Wednesday, the Bishop lamented the incessant loss of lives on the road.

Bishop Moradeyo described the abandonment of the road while the Ibadan/Oyo and Ogbomoso/Ilorin road that lies at both ends of the had been completed as corruption of the highest order.

He wondered why the portion of the road that lies in between Ibadan/Oyo and Ogbomoso/Ilorin was abandoned saying that the action amount to injustice.

The Cleric said if nothing was done on the road within the next six months, he would mobilize the people of Ogbomosoland to paralyze vehicular movement on the ever busy road.

Bishop Moradeyo described the death of Mr. Fawole, two other principal among others as a colossal loss to the family, church, community and the nation as a whole.

While expressing the heartfelt sympathy of Governor Abiola Ajimobi to the family and the entire community, Bishop Moradeyo charged the State government to ensure that the entitlements of the officers who died in active service is paid promptly.

Quoting from the book of Hebrew Chapter 12, verse 14, in his sermon titled Complete Preparation, the Presbyter of the church, Very Revd Tope Owolabi urged the congregation to prepare fully for the day of the Lord.

While describing death as inevitable, Owolabi noted that death is no respecter of status and age adding that every individual should get themselves ready for the great calling at all times.

Election : Police beef up security around flash points in Ebonyi

Staff Present ExxonMobil With Coffin During Protest Against Mass Sack