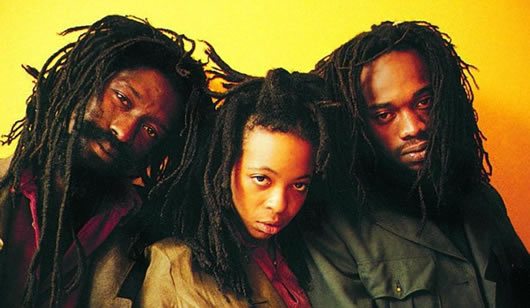 It is so sad, that success breeds conflict and not peace. The Grammy Award winning Black Uhuru is a case in point. The iconic group that turned the world of roots reggae upside down with hit after hit has been riven with conflict all these years since right before the unfortunate death of the American “sistren” Sandra “Puma” Jones.

As thing stand now, the legal owner of the Black Uhuru brand is Derrick “Duckie” Simpson, the one founding father of Black Uhuru who remained in the group’s line up right from its foundation. Other founding members were Garth Dennis and Don Carlos who left the group early on.

Black Uhuru attained its greatest success as the trio of Duckie Simpson, Michael Rose (who now goes by the name Mykal Rose) and the aforementioned deceased, sistren Puma Jones. Michael Rose is the acknowledged voice of Black Uhuru, but he also quit the group due to irreconcilable differences with Duckie Simpson, which persist to this day.

We now have a situation where Duckie Simpson owns the brand, but apparently not the vocal talent, while Mykal Rose owns the vocal (and the songwriting talent) but not the brand name. Both parties are grievously injured by this Babylonic conflict.

It is very strange to see two rastas resorting to the “Babylonic” court system to settle their differences, but that is what is currently going on going by this fairly recent news report. (http://www.jamaicaobserver.com/…/battle-over-black-uhuru-ba…).

The Black Uhuru brand name is so strong that both men are losing millions of dollars annually over this unnecessary rift. As I write this, I am looping Black Uhuru’s incredibly powerful and tight, ‘Bad Girl’ track and Prince Jammy’s (b. Lloyd James) accompanying Bad Girls Dub.

Let common sense prevail, mi “bredrin”. Give unto thine bredrin what is their due which is respect and unto Babylon that which is Babylonian namely conflict. May Jah Jehovah, Jesus Christ bless you mi bredrin, Duckie and Mykal.

litmus Tests Of Mr. Change And Mr. Continuity On Nigerian Situations Are Shattered Dreams Or Laborious Efforts In Futility-phase Two.

166 thoughts on “Black Uhuru give unto Babylon what is Babylonian”