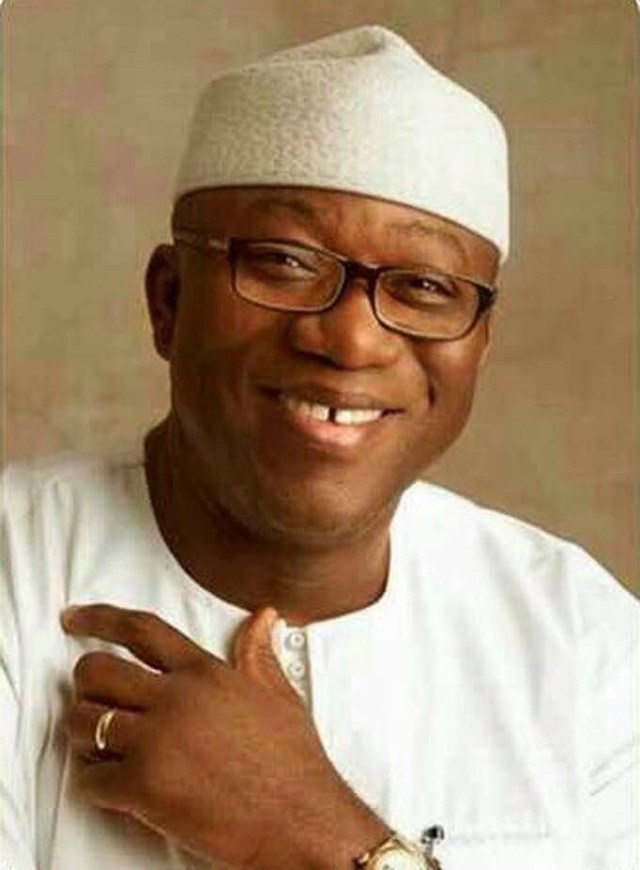 The Ekiti State Chapter of the Peoples Democratic Party National New Media Group (PDP-NNMG) has described the the State Governor, Dr. Kayode Fayemi’s 2023 presidential ambition as reason for his refusal to act decisively on killings and kidnappings in the State by suspected herdsmen.

The PDP-NNMG, which said Fayemi was acting in a way that he will not be seen as offending the interests of Presidency Cabal added that “only selfish and insensitive leaders will sacrifice the security and well-being of their people for politics.”

In a statement on Sunday, the Ekiti State Coordinator of the PDP-NNMG, Bola Agboola, said Ekiti people were not surprised that the governor had not deemed it fit to visit victims of herdsmen killings in the last six months because “one of the promises he made before he was manipulated to power for the second time was to protect the interests

of herdsmen.
“Up till now, Governor Fayemi has not visited Orin Ekiti, Ido/Osi Local Government Area of Ekiti State, where a community leader, Ilori Emmanuel was killed yesterday morning by suspected herdsmen.

” The governor has not taken a single drastic action against the menace of herdsmen in the state.

“Even when one of his aides, the Coordinator of Anti-Grazing Task Force Marshals, Sola Durodola insisted that Fulani herdsmen must be registered in Ekiti, the governor sacked him.

” Also, it is on record that during his electioneering campaign in 2018, Fayemi said that killings by herdsmen will only stop if lands were provided for the herdsmen as their permanent settlements.

“He reportedly added then that it was better to give lands to herdsmen and live than for them to be killing people.

“Even though he later dismissed the allegation that he entered into an agreement to create cattle colonies in Orin-Ora, Aramoko, Omuo, Otun, Ise and Erifun in Ado Ekiti, silence of the governor on killings and kidnappings by suspected herdsmen appears to have confirmed the allegation.”

The PDP group called on traditional rulers and notable leaders in Ekiti state to prevail on Governor Fayemi to face governance in the State and desist from operation like a diaspora governor.