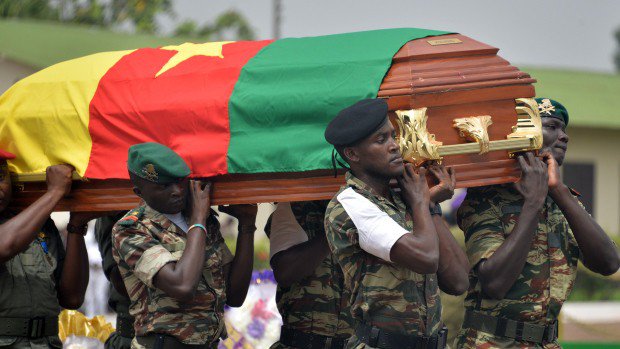 According to La��Oeil du sahel, there were also five civilians killed and five others injured by Boko Haram on Tuesday, February 20, in the town of Assigahsia in the Mayo-Tsanaga department, also in Cameroona��s far north.

Why it matters: Boko Haram has escalated attacks in Cameroon and in Nigeria in recent months and although the authorities in both countries have painted a picture of a terror organization in decline, the recent wave of killings shows that Abubakar Shekaua��s men are far from being defeated.

12 thoughts on “Boko Haram: 16 People killed in a fresh attack in Cameroon”