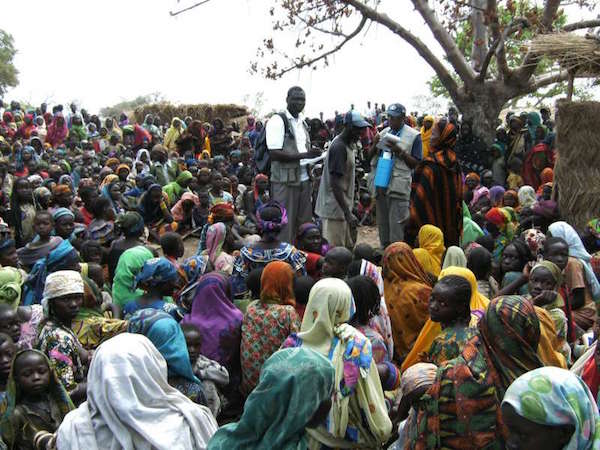 “At least nine Boko Haram insurgents and 100 accomplices were identified among 920 Nigerian refugees who returned from Marwa in Cameroon on Wednesday,” the agency’s head, Ahmed Satomi told AFP.

“They were arrested during screening of the returnees at the (Nigerian) border town of Banki by security personnel.”

The eight-year conflict in northeast Nigeria has left at least 20,000 people dead and forced more than 2.6 million others to flee their homes.

Most of those who have fled have remained in Nigeria, staying with distant relatives and friends or in sprawling camps for the displaced.

Others have fled across the border into Niger, Chad and Cameroon around Lake Chad where the four countries meet, which have also been hit by suicide and bomb attacks.

Earlier this week, the UN refugee agency voiced concerns that Cameroon was forcing Nigerians to return because of the pressure it puts on already over-stretched services at camps.

The UNHCR representative to Nigeria and the west African bloc ECOWAS, Jose Antonio Canhandula, said a spate of recent attacks in northern Cameroon had made the authorities there “nervous”.

But he told AFP in an interview on Friday that it was “not the time to repatriate” and that Cameroon had a responsibility to give asylum to those who have fled.

“In managing security they (Cameroon) are forgetting they also have to manage asylum,” he said, adding that by forcing back Nigerians, they were sending them “back to the fire”.

Satomi said the returning refugees identified the accomplices as having worked for Boko Haram “in different capacities” when their villages were under Islamist control.

Some of those detained may have been forced to work for the group, he conceded.

“So far, 800 of the returnees have been screened but more are coming. It will be a continuous process,” he added.